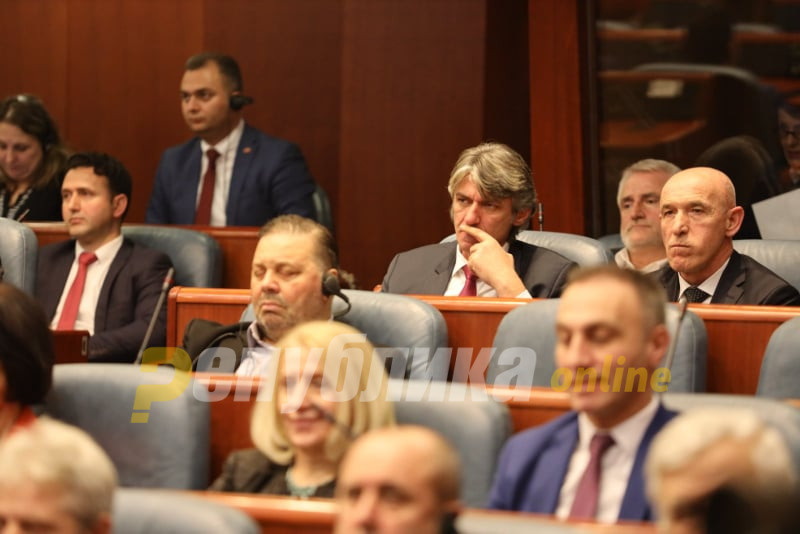 Ziadin Sela, the leader of the Alliance of Albanians, wrote an open letter to President Stevo Pendarovski strongly condemning his position that, if Macedonians are forced to give up their national identity and language in negotiations with Bulgaria, the country should give up its EU accession.

Like Zaev before him, Pendarovski portrays himself as a hawk on the Macedonian national identity issue

Sela writes that for the ethnic Albanians living in Macedonia this is unacceptable and that, while he sympathizes with the pressure ethnic Macedonians are under, he demands additional concessions and greater role for the Albanian language in Macedonia.

Where I cannot agree with you at all is when you say that “North” Macedonia should give up integration into the European Union if the Republic of Bulgaria conditions the opening of negotiations for our country’s EU membership to the fulfillment of their request that the Macedonian language is referred to in official EU documents as “the official language of the Republic of Northern Macedonia”. No Mr. President, the citizens of this country will never give up on the EU, Sela writes.

The leader of the opposition party that represents ethnic Albanians, who helped Pendarovski get elected as he roundly lost the ethnic Macedonian vote in 2019, insists that the Albanian language remains discriminated against in Macedonia because, it is not mentioned explicitly in the Constitution but its official use is under the qualification of a language spoken by at least 20 percent of the population.

Mr. President, what does justify the denial of the Albanian language in “North” Macedonia today? I am afraid that it is the same old logic that motivates the continued refusal by the Macedonian political class for the Constitution of “North” Macedonia to refer to the Albanian language by its name, thus perpetuating shameful formulations borrowed from a totalitarian past… We will stand with you in letting Sofia know that “North” Macedonia in fact has two official languages, not one, and that codifying and regulating them is an internal matter of ours, not theirs, Sela writes in his open letter to Pendarovski.