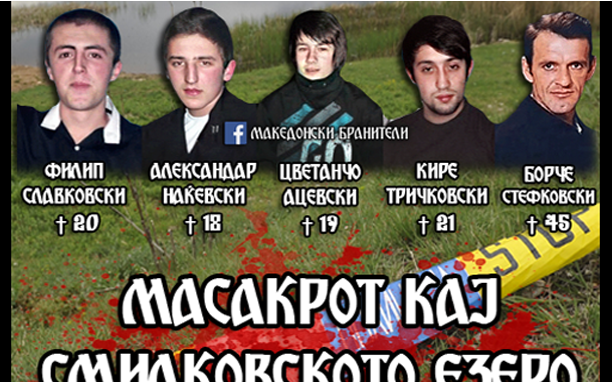 The Skopje court is expected to render its verdict in the retrial over the 2012 Good Friday massacre. The worst islamist attack in Macedonia was aimed at four ethnic Macedonian, Christian boys, and one man, who were gunned down by three ethnic Albanian islamists on the eve of Good Friday in 2012, near Skopje.

Two of the killers fled to Kosovo, while the third, and several accomplices, were sentenced to life in prison. But a retrial was ordered after Zoran Zaev, during his Colored Revolution protests, insisted that he has new evidence that will throw a completely new light on the case. Zaev used his allegations to win support among ethnic Albanians and to demonize the VMRO-DPMNE party, whose officials he accused of “covering up the horrific truth” about the murders. After he grabbed power in 2017, Zaev remained silent on the issue, even after desperate pleas from the families of the murdered boys, and eventually in early 2020, when summoned before the court, he acknowledged that he has nothing new to add to the case.

Still, his allegations fanned conspiracy theories among the Albanian community. Protests erupted in Skopje last month as families of the defendants and political parties went after prosecutor Fatime Fetai, a Zaev loyalist and an ethnic Albanian, after she stuck to the demand for maximum sentencing of the defendants.