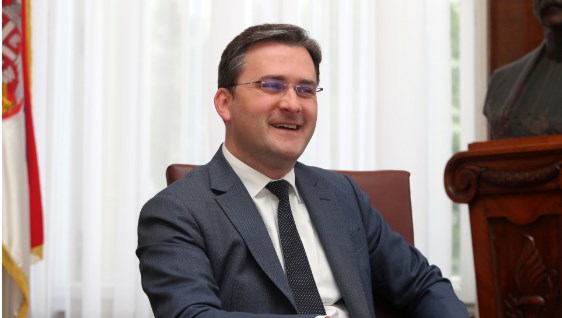 Serbian Foreign Minister Nikola Selakovic dismissed claims that the country is in competition with Bulgaria over who will infuence Macedonia more. Selakovic met with his Macedonian counterpart Bujar Osmani in Belgrade today, days after Serbia donated nearly 5,000 Pfizer vaccines to Macedonia.

We don’t have a dispute. Macedonia can only bring us closer and the three countries can benefit from that, mainly in the economy. If we focus on the issues of the past we will continue to see our people move out to other regions where their lives are not driven by such issues. We respect Macedonia, we respect the Macedonian people and all that makes your national identity and we are grateful for the respect we get from Macedonia, Selakovic said.

Bulgarian Foreign Minister Ekaterina Zaharieva said that the vaccine donation shows that Serbia wants to maintain its influence over Macedonia and that Macedonian politicians are eager to keep things that way. The two countries have warred over Macedonia numerous times since their founding in the 19th century.

Osmani: The Albanian diaspora will be counted along with the residents in the census

Osmani: Turns out we need a political Government in Sofia to negotiate with after all