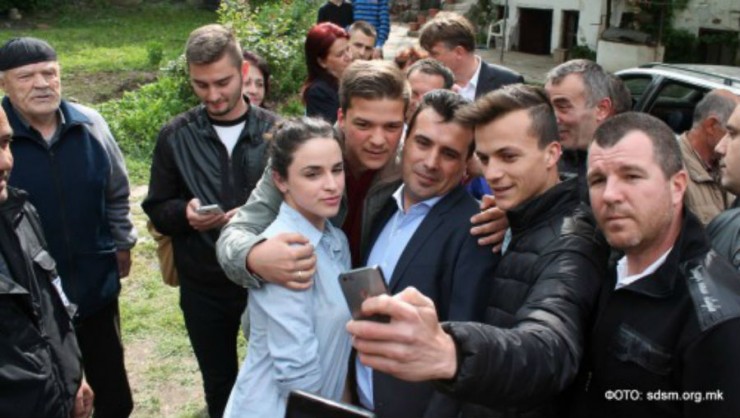 A member of the Serbian Parliament has accused Zoran Zaev of involvement in the 2015 terrorist attack on the city of Kumanovo. According to Milovan Drecun, Zaev has a proven track record of being prepared to destabilize Macedonia and the region to get to power.

The allegation comes as Serbia is openly accusing Zaev of harboring and supporting organizers of the protests in Serbia, which went violent on several occassions during last week, including during the storming of the public RTS television. Serbian President Aleksandar Vucic and media outlets close to him tied Zaev’s actions and meetings with Serbian opposition leader Dragan Gilas with a threat from Kosovan Prime Minister Ramush Haradinaj that he will bring down the Vucic Government in the dispute over Kosovo’s international status.

Now Drecun, who is a nationalist member of the Serbian Parliament and active in its intelligence community, says that Zaev operates as the link between Haradinaj and the Serbian opposition, which is still reluctant to be seen as directly in contact with the former Kosovan guerrilla commander.

– Zaev is a two-faced person, a cynical person, prepared to resort to violence to gain power. Since he has been in power, the headquarters of the operation to destabilize Serbia is in Skopje, Drecun claims.

He adds that Wikileaks has evidence about Zaev’s involvement in the Kumanovo attack, based on intercepted communication US diplomats in the region. According to Drecun, the communication is being removed from news sites who share it in order to hide it from the public.

Eight Macedonian officers and 10 Albanian terrorists were killed in the Kumanovo attack in May 2015, when a group of about 40 attackers fortified themselves in a largely Albanian part of the city. According to reports at the time, commanders of the group were close to Haradinaj, who himself commanded the UCK guerrilla army in the 1999 Kosovo war. The attack came as Zaev was beginning his Colored Revolution protests in Skopje, which weakened the Nikola Gruevski Government and began the process of its removal from power.

Drecun says that the intercepted communications show that the Kumanovo terrorist group was in contact with Zaev’s SDSM party. Shortly before the bloody fight, the terrorists announced that they have come to fight against the Gruevski Government and to re-organize Macedonia, which is happening under the Zaev Government. Part of the Tirana platform, which Zaev endorsed, includes re-examining the trial under which the surviving terrorists were sentenced to life in prison.