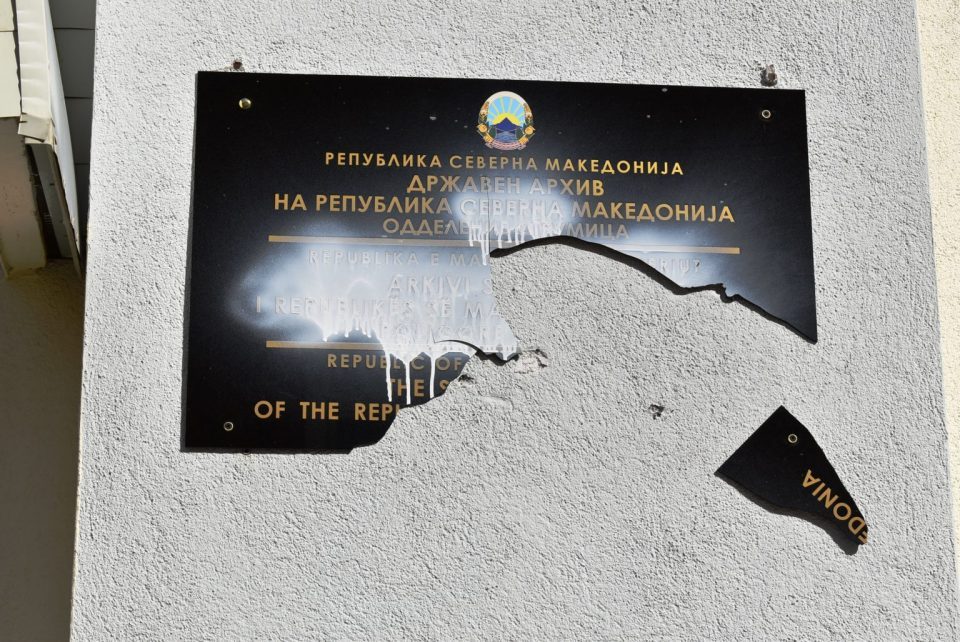 A trilingual sign on the National Archives office in Strumica, which used the name “North Macedonia”, was broken overnight.

The placing of the sign was mocked in Strumica, as the city which served as launching pad for Zoran Zaev, has almost no ethnic Albanians but under Zaev’s law on languages, all Government buildings have to be made bilingual. The sign also had an English language inscription.

Mickoski: When I talk about Zaev’s little helpers, I mostly refer to Kostadinco, Zaev’s shadow