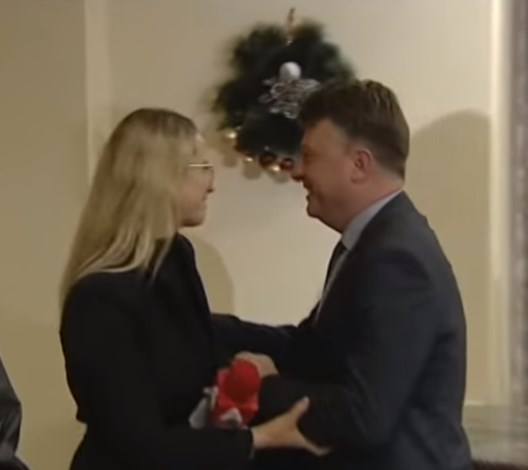 Skopje Mayor Petre Silegov strikes again – after a series of gaffes in which he advised a Skopje citizen never to vote for him, built an overpriced leaky terrace, played a video game during a Parliament debate on air pollution in Skopje and messed up historic and religious events.

The issue again was air pollution. An Alfa TV journalist attempted to ask the Mayor what is he doing with the huge problem for the capital, but Silegov insisted that the several days of increased winds, which cleaned the air somewhat, have resolved the problem. He lunged toward the journalist, half embracing her, and told her “poor you”, likely mocking her attempt to get answers on the matter.

Silegov probably thought that nobody is seeing him, but the TV camera and microphone recorded his gestures and comments.

Nikoloski on the latest corruption scandals: Zoran Zaev was informed about everything and coordinated everything