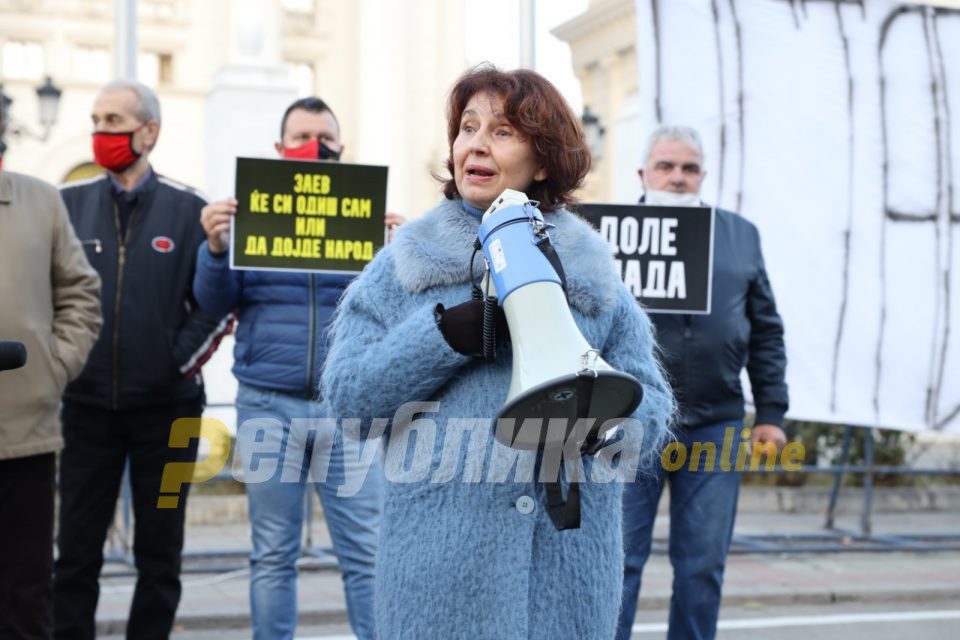 Law professor and VMRO member of Parliament Gordana Siljanovska called out the head of the State Statistics Buraeu Apostol Simovski for his shocking threat aimed at citizens who will refuse to participate in the census, due to fears of the coronavirus.

Simovski threatened citizens with up to five years in prison, without citing the article of the law where he came up with the penalty. The Zaev regime is pushing hard to hold a census which is attacked by the opposition as a clearly political move, meant to inflate the number of ethnic Albanians in the country and preserve the political clout of Zaev’s coalition partners by counting Albanian emigrants as residents.

The fine for not cooperating with the census is set at between 200 and 300 EUR. I have no idea where did the director of the Statistics Bureau come up with the prison sentence? He is alleging a crime of “inspiring” or “motivating” people to not cooperate with the census. There is no such thing, Siljanovska said.

VMRO-DPMNE said that it will begin collecting signatures to nullify the law. Meanwhile, citizens do not need much urging to try to avoid the operation that will include having teams go from door to door and spend up to half an hour with a household collecting their data, in the midst of a pandemic for which Macedonia is uniquely unprepared.