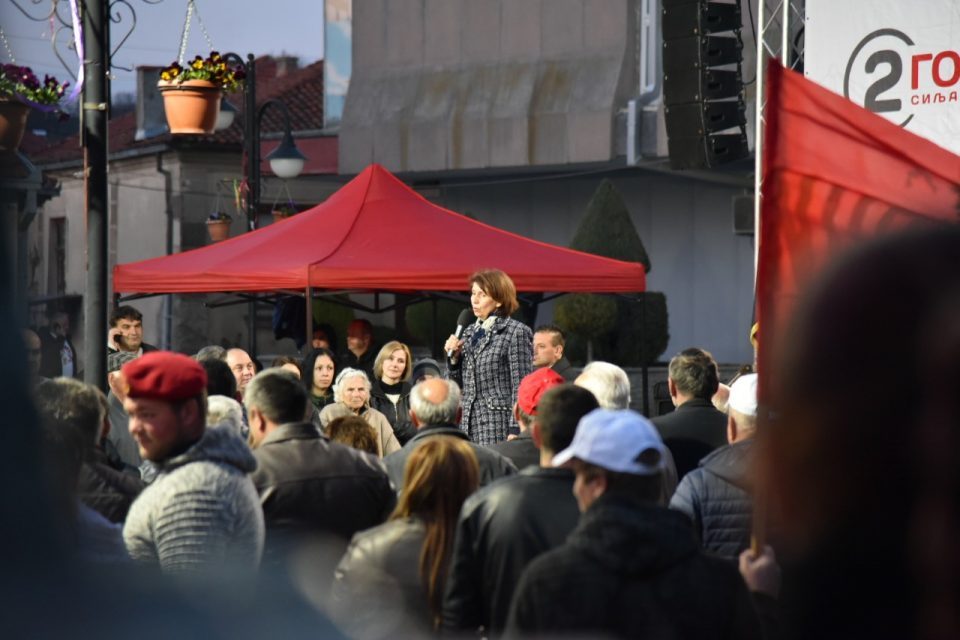 Siljanovska Davkova stressed that with this government the citizens of the Republic of Macedonia are facing bad economy, or, as she said, while corruption and crime prevail, the cost of living increases, but not the salaries and pensions of the citizens. She pointed out that her efforts are the European Union and NATO, but EU accession requires real and substantive reforms, not what SDSM and Zaev are doing, adding that the problems of the citizens are also her problems and that she will solve them and they will finally get out of this political swamp.

Your problems are our problems, we are constantly thinking about how to get out of this political swamp together. But, I think that time is ahead of us and that in the most beautiful month of May we will start with different steps, faster European, in resolving citizens’ problems of any kind, said Siljanovska Davkova.

She reminded the citizens that if she is elected president of the Republic of Macedonia she will always use the veto if there is a legitimate suspicion that a certain law is not in accordance with the Constitution, and for her as a constitutional law professor, the most important thing is respecting the highest legal act of the state.

Forest fire broke out close to the Aurora resort in Berovo