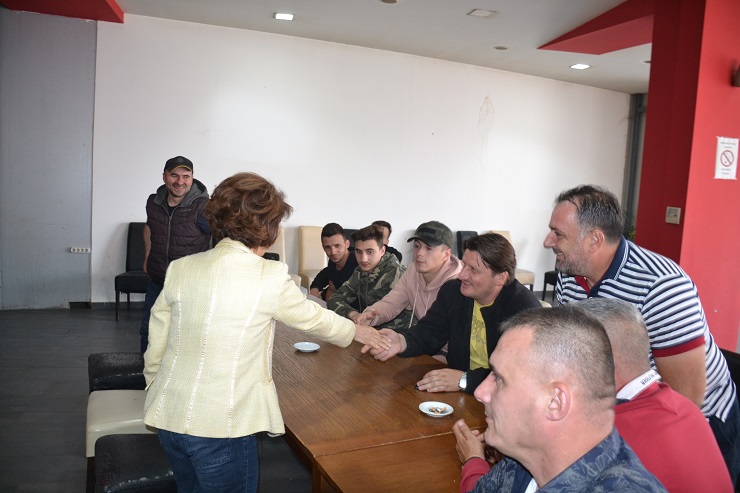 VMRO-DPMNE and the coalition presidential candidate, Gordana Siljanovska-Davkova, met Thursday with the citizens of the municipality of Cair, where she thanked them for their support in the first round of the presidential election and demanded even more support in the second round scheduled for May 5.

Siljanovska-Davkova told the citizens that, if she won the elections, she would bring justice to the Republic of Macedonia, emphasizing that she would be a woman president of all citizens, regardless of their ethnic, religious or political determination.

She added that everything that she promised to the citizens would fulfill alluding to the fact that the citizens of the Republic of Macedonia are wise and know how to make the right choice and opt for the right side on 5 May.