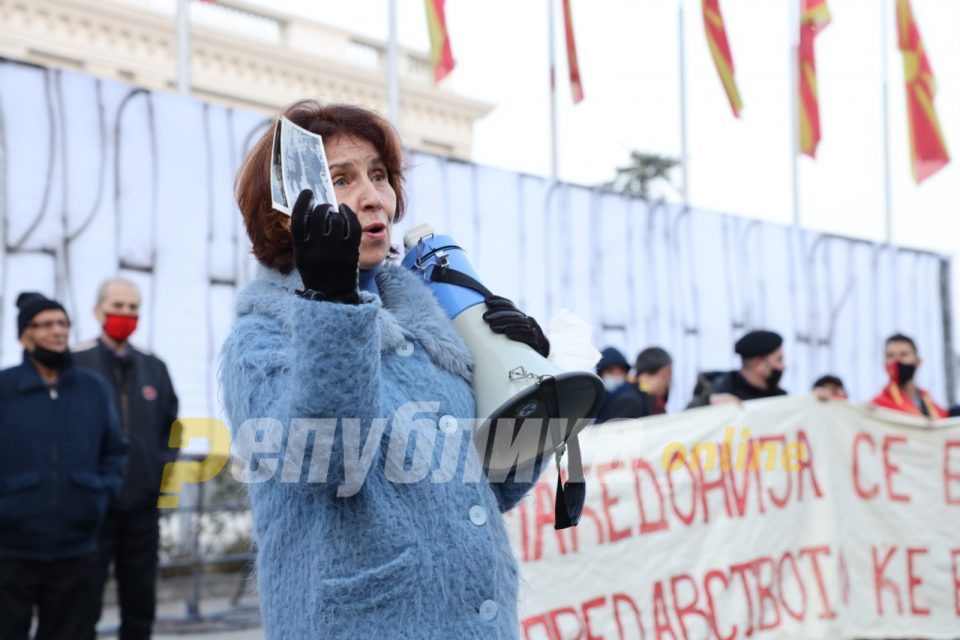 VMRO-DPMNE MP Gordana Siljanovska Davkova addressed Wednesday’s protest in front of the Government, where people demanded Zaev’s resignation. She thanked the people for joining the protest in the midst of the COVID-19 pandemic, but they protested because another deadly virus is currently threatening the Republic of Macedonia. A virus that threatens to endanger the identity, language and history of the Republic of Macedonia. That virus is called Zoran Zaev.

Siljanovska Davkova pointed out that Macedonians are not without roots. The Republic of Macedonia has deep roots in the past. The name Macedonia is also mentioned in the Bible. This country cannot be destroyed by anyone, its history is so deep that no agreement can erase it. Macedonians, like all peoples, have the right to their own history, their own language and their own identity.

Siljanovska Davkova added that it is a shame what the government and Zaev are saying. She showed the photos where her father received medals for courage because he was one of the participants who liberated the city of Kicevo. The Macedonians liberated Macedonia from fascism, and the Bulgarians did not help. It is a shame that history, language, identity are being disputed in the 21st century. But she believes that the people will defend Macedonia from the virus that has attacked the country. The Macedonian people will no longer allow Zoran Zaev to humiliate and sell out the state.