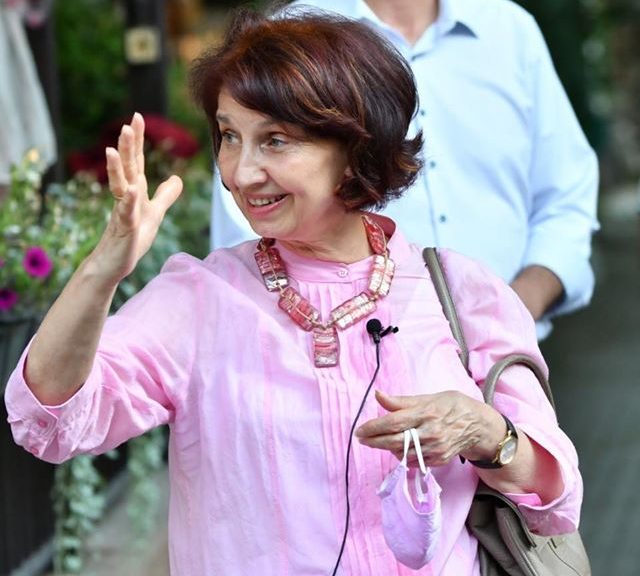 Professor Gordana Siljanovska – Davkova, who leads the VMRO-DPMNE list in the 1st electoral district, but was also a civic activist in the run up to the Colored Revolution, strongly condemned Zoran Zaev for his disparaging comments about the “revolution”.

A leak published yesterday revealed Zaev mocking the groups that helped him grab power. In a previous leak Zaev insisted that all the “Soros funded NGOs, they are all mine”, and now he says that he will politically neuter the group by co-opting some of them in his ruling coalition. Speaking to an unidentified interlocutor, Zaev says that he plans to bring those from the Colored Revolution and other movements “by hook or crook” in his coalition, where he says he will do something unprintable to them – the point being that he will end their political independence.

Zaev used to say that he is the first among equals in the Colored Revolution. If he was using terms like “by hook or crook” for his comrades, it’s clear that he was the biggest crook among them, Siljanovska said.

In 2015 Siljanovska campaigned along with some of the Colored Revolution activists to prevent an external testing system for higher education which she said reduces university autonomy, but quickly broke ranks with the movement as it became clear that its main purpose is to force Macedonia into accepting humiliating concessions on national issues.