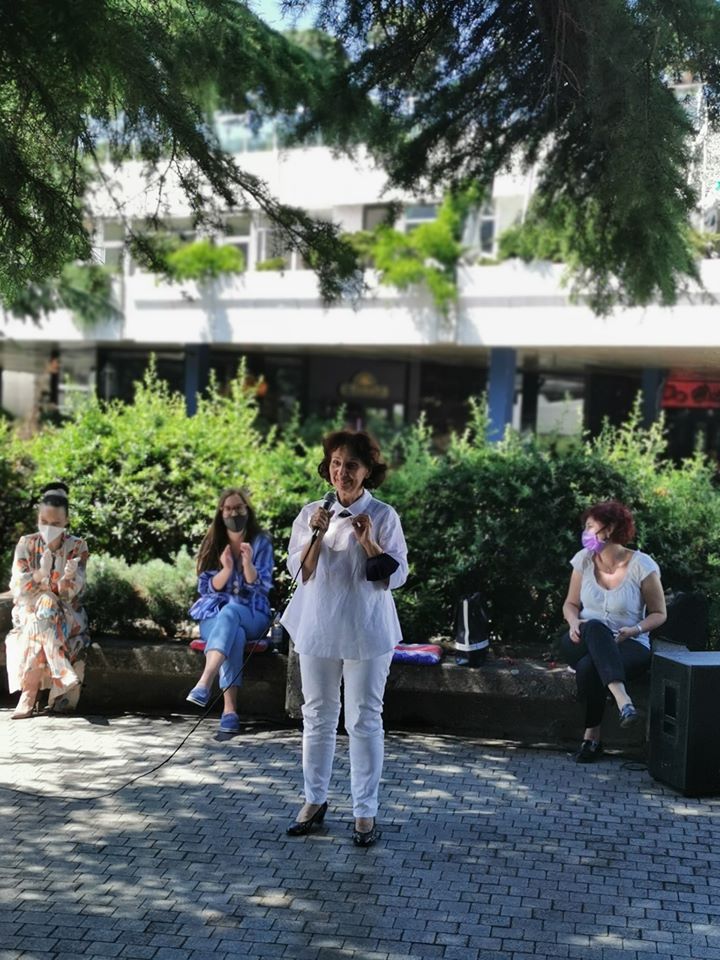 Professor Gordana Siljanovska – Davkova, who leads the VMRO-DPMNE list in the 1st electoral district, held a round table with women activists in Skopje’s park dedicated to the women fighters in the Second World War.

We need to work to change laws and institutions so that our daughters and grand-daughters are able to have the same level of success as the men. You can view the world through the eyes of men or of women, but what matters is togetherness. We pledge to promote women to at least 40 percent of the positions in the Government and as appointed officials, Siljanovska said.

She was joined by Rasela Mizrahi, who was hounded off as Labour and Welfare Minister owing to a vile campaign organized by the ruling SDSM party, activist Nela Taskovska and musicologist Velika Stojkova Serafimovska.