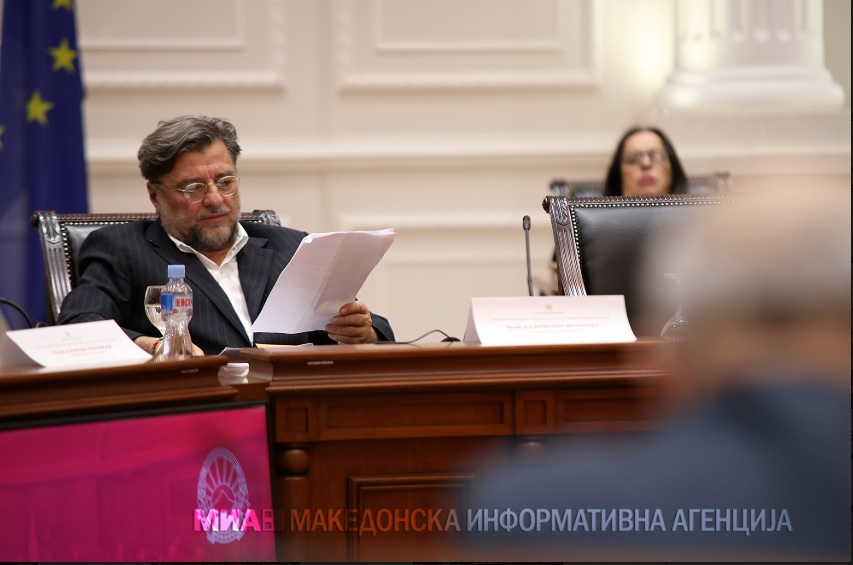 SDSM and their Pendarovski, against everyone’s will, against the laws, against the strategic partners, appoints Frckovski as UN ambassador, said Dimce Arsovski, VMRO-DPMNE spokesperson.

Pendarovski together with Kovacevski is now doing what even Zoran Zaev failed to do.

Frckovski is the only person they do not like in his home country, the Republic of Macedonia, nor do they want him abroad in other countries. Do you know why? Because they know what kind of person he is. In fact, he is the man who is directly linked to most of the scandals of the past 30 years in the Republic of Macedonia. From corrupt, misogynistic unfortunately, violent, and many other scandals, links to assassination attempts and everything else. After the strategic partners did not want him as ambassador to Washington and he was returned from official Washington, bearing in mind all his scandals in his portfolio, scandalous portfolio, Pendarovski illegally sent him as ambassador to the United Nations. It is unclear, it is still unclear, how amateurish and how he can send a man like Frckovski for ambassador to the United Nations, a man who is not wanted by any strategic partner of the Republic of Macedonia, Arsovski said.

He added that since Pendarovski, Kovacevski and everyone else there illegally send Frckovski to the United Nations as a reward, the opposition will legally return him as soon as the government changes and all those who acted illegally will be held accountable.