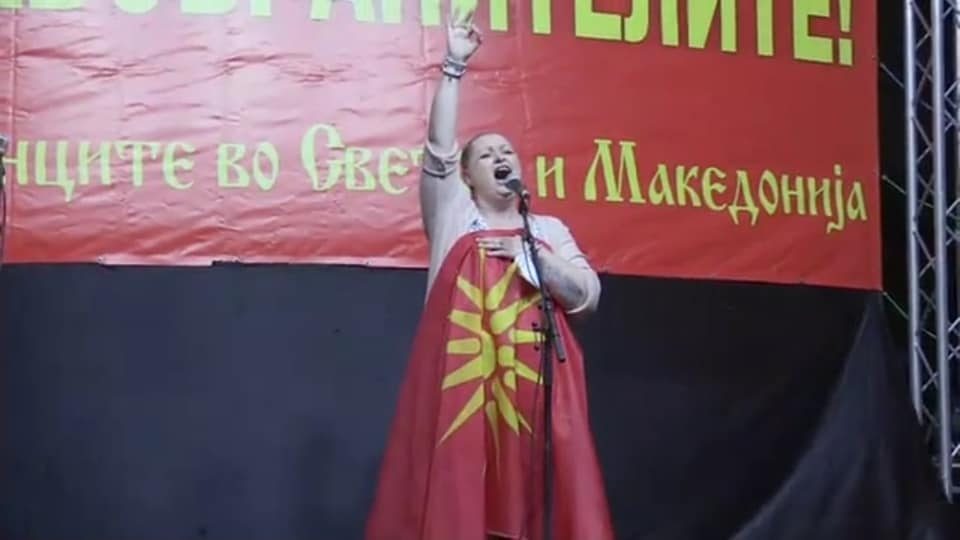 Singer Nina Janeva gave an emotional statement after criticism she faced for her performance of the Macedonian national anthem during the protest rally on Saturday. Janeva missed the verse of the anthem that mentions the heroes of VMRO and the Ilinden Uprising, and then returned to perform the full anthem.

The same mistake badly affected the career of Tamara Todevska – who later tattooed the verse on herself to apologize.

The original “mistake” by Tamara happened when Bulgaria was first raising its claims on Macedonian national history and identity, which include having the heroes mentioned in the anthem, like Goce Delcev and Dame Gruev, declares as Bulgarians. Tamara previously embraced the imposed name “North Macedonia”, which incensed the public. The venue of Tamara’s mistake – the US Embassy – only added to the criticism as people believed that it was pre-arranged.

In Janeva’s case, she was performing at a protest rally to demand a retrial for the political prisoners of the Zaev regime, and obviously comes from a very different political background than Tamara. In her defense, she said that she teared up when she saw the family of Jane Cento, one of the prisoners sentenced to 15 years for the 2017 incident in the Parliament.

Not many people know but Cento is my best friend. I saw his parents in the second row and I could not focus on the lyrics from the tears. This is the first time I mistook the anthem. I’m crying for two days now, I’m so disappointed in myself, Janeva said.