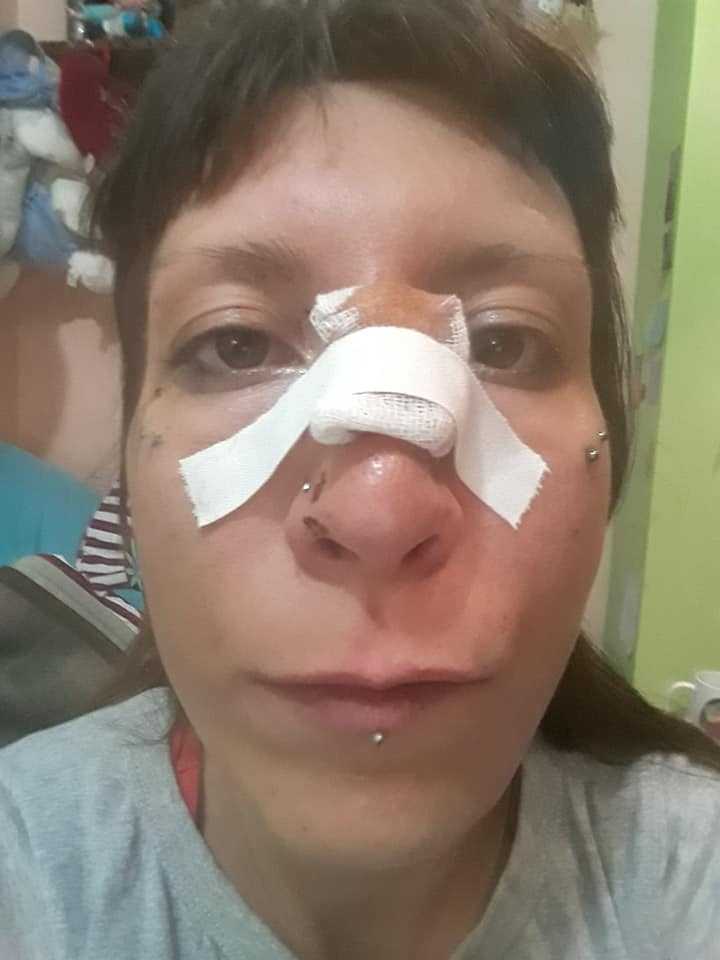 A man from Skopje was arrested yesterday for beating his wife and daughter. Stojan Risteski is the father of Monika Risteska, who is an activist for marijuana legalization.

The daughter, who also promotes herself on social media under the name Monique Konopova, posted photographs of her bloodied face saying that her drunken father dislocated her jaw and broke her nose.

Following the publication of the social media post with visible head injuries, the police detained a 64 year old S.R. from Skopje. I condemn any type of violence, particularly domestic violence aimed at women and I encourage citizens to report any such instances to the police, said Interior Minister Nake Culev.

Struga: High school teacher detained after hitting a pupil on the head with brass knuckles