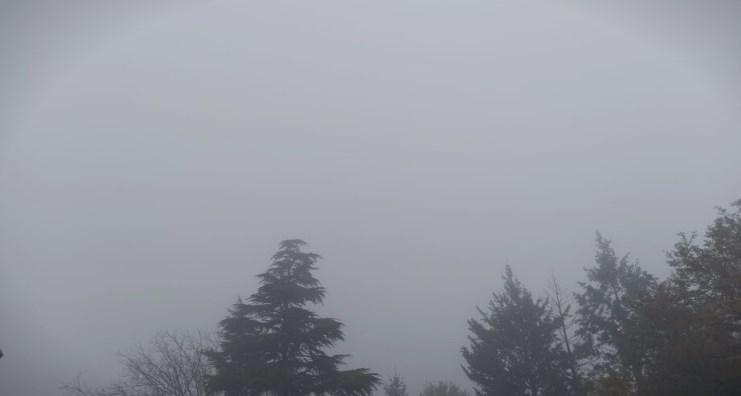 The capital Skopje was blanketed in dense smog this morning, as the season of off the charts air pollution has officially begun.
VMRO-DPMNE spokesman Naum Stoilkovski shared a photo of the Cevahir skyscrapers, the tallest buildings that dominate the skyline of Skopje, or would dominate it if you could see them from the smog.

This is just hundred meters from the buildings. We have Government officials living there. Are they also lost in the fog?, Stoilkovski asked.

Citizens of Skopje, especially those living in houses, use wood and even coal to heat up during the winter, as the country has no cheap and reliable supply of natural gas. This has lead to Skopje leading world charts of air pollution during the winter months.