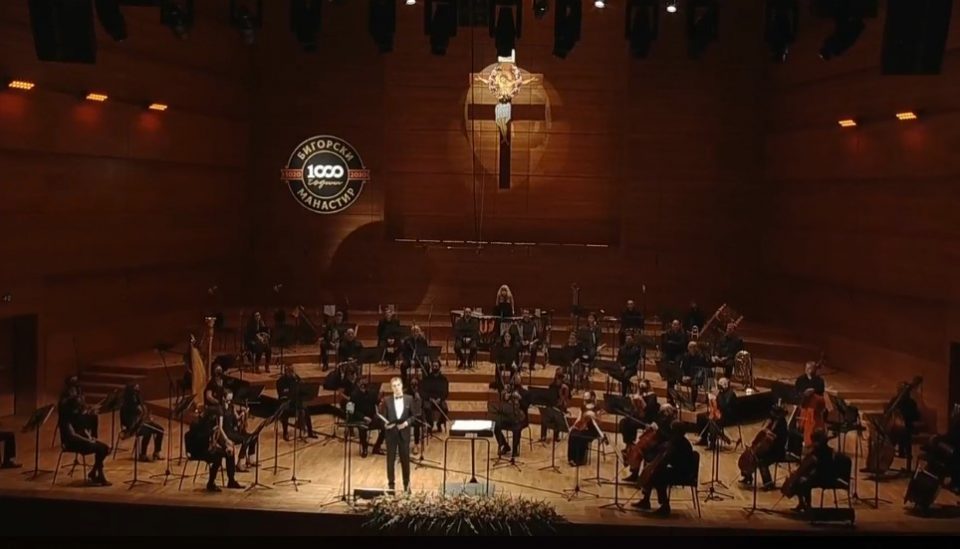 An epic song by Grigor Prlicev about the fall of the Archbishopric of Ohrid was modified for the concert held to celebrate the millennium of the founding of the St. John Bigorski monastery. Durign the event, which was attended by top state and church officials, the song, named simply “1762”, was performed without a verse that names the culprits responsible for the abolition of the Archbishopric – the Greek bishops in Istanbul.

The song laments the loss of the position Ohrid had in Christendom when the city was stripped of its clerical seat and its churches and lands put under Greek administration, or divided between the Bulgarian and the Serbian church. This development greatly affected the future creation of nations within the Ottoman Empire, as the Christian nations such as the Greeks and Bulgarians mostly coalesced around their churches. The loss of a Macedonian church opened its territory to inroads from neighboring countries, who due to their location were quicker to gain independence from the Ottomans.

The song famously presents the last Archbishop Arsenius as he is ordered to go to Istanbul and answer allegations from the “praiseworthy Greeks”.

The Greek patriarch wants to crumble our famous See of Ohrid and keep me imprisoned till I die. They will send Greek bishops here, with faces of saints and hearts of wolves. They will strangle and sheer you till you bleed. Among our people they will spread discord and envy, so a son will hate his father and a brother – his brother, Arsenius warns his flock according to the song written by Macedonian enlightenment poet Prlicev. Prlicev was a major opponent of the Greek Ecumenical (Phanar) church and its meddling in Macedonia in the 19th century period of national awakening in the region.

In its conclusion, as Arsenius leaves Ohrid for Istanbul, never to return, he curses Macedonians who collaborated with the Greek clerics in their move to abolish the Archbishopric of Ohrid – that their homes be deserted and left for “spiders to make their webs and to the hoots of owls”. A similar incident occurred last year during the 4th of July celebration held by the US Embassy, when singer Tamara Todevska omitted a verse from the Macedonian national anthem that names historic figures such as Goce Delcev and Dame Gruev – heroes who Bulgaria claims as its own.

The decision to omit these verses from the performance of the song comes at a time when President Stevo Pendarovski (who attended the concert) and Prime Minister Zoran Zaev, are urging the Ecumenical Patriarch Bartholomew to recognize the Macedonian Orthodox Church, just as he recognized the Ukrainian church.