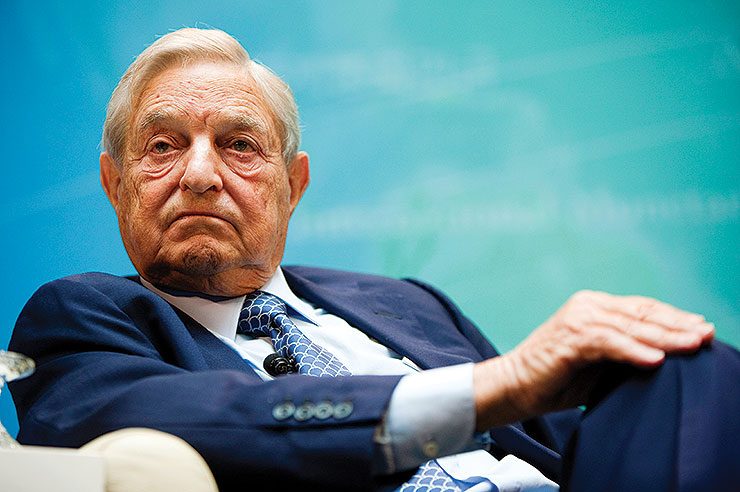 Hungarian Justice Minister Judith Varga blamed billionaire stock speculator George Soros of using the network of organizations he funds to undermine the Hungarian reputation – most recently through the Reporters Without Borders (RSF) group.

The RSF report was again critical of the press freedom in Hungary, which Varga said was due to the “Soros ex machina”.

The organisations of the left-wing opinion bubble are once again trying to undermine Hungary’s reputation with false reports and lists by using directed questions. The list published by the ‘independent and objective’ Reporters Without Borders on Monday attempts to portray Hungary as a place where the freedom of the press is being oppressed in a particularly drastic and ruthless way, Varga said, adding that RSF has received hundreds of thousands of dollars from the billionaire, who does not hide his animosity toward the Hungarian Government.

Varga also called out the Netherlands, whose Government is also very critical of Hungary on ideological grounds. She noted that an investigative journalist was recently shot in the Netherlands and is fighting for his life, apparently due to his investigation into drug running by immigrant groups. Hungarian officials advised Dutch Prime Minister Rutte to work more on dealing with the crime problem and threats against journalist in his own country, than criticize Hungary, for its attempts to allow parents to decide on what type of sexual education their children will receive.

Meanwhile, to dismiss criticism of the alleged lack of free press in Hungary, Prime Minister Viktor Orban went to a news stand to purchase a large number of newspapers which are openly critical of the Government.