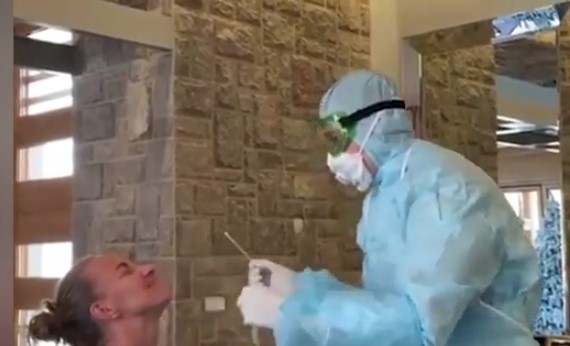 Patients stuck in the Debar spa say they completed the two weeks incubation period and should be allowed to go home, but no tests have been made available, so they are forced to remain in the quarantined city.

Debar and the neighboring Centar Zupa are under a strict quarantine with a ban on people leaving the area after dozens of cases were diagnosed due to its large number of emigrants in Italy. Outsiders who found themselves in Debar when the quarantine order was given were also stuck inside and this includes people who were undergoing treatment in the spa.

I came here to rehabilitate after a surgery. I had no idea this is going to happen. We spent 14 days here, we are supposed to be tested and let go but they have no tests. Now we may be stuck here for two more weeks. one of the spa patients said.