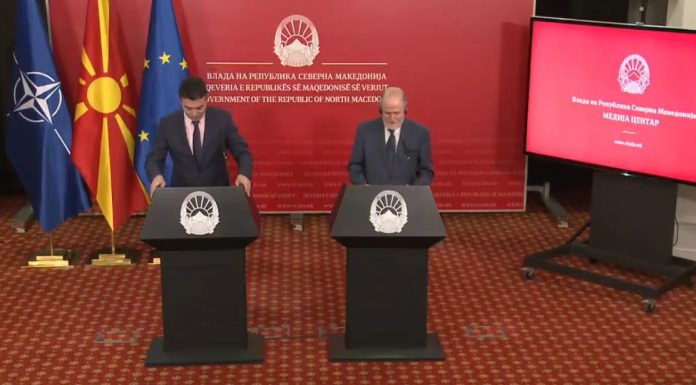 The Spanish Senate ratified Macedonia’s NATO Accession Protocol at Tuesday’s session. The vote took place by video-link due to the coronavirus situation in the country.

The Spanish Senate unanimously ratified the Protocol. On behalf of the Government and the Macedonian citizens, let me extend my gratitude to Spain and the country’s foreign minister for putting the issue on the agenda in such difficult circumstances for Spain, Europe and the world, Foreign Minister Nikola Dimitrov told a joint press conference with Spanish Ambassador Emilio Lorenzo Serra.

FM Dimitrov recalled that Spain is the 29th and last NATO member-states to ratify the Protocol.

It will now file the ratification instrument to the U.S. State Department and then the report will be forwarded to the NATO HQ in Brussels, and we will be officially invited to file our law ratifying the North Atlantic Treaty that was adopted in the Parliament, said Dimitrov.

Senate President Pilar Llop and a few other officials were present in person, while senators voted by video-link. The Spanish King is set to sign the protocol shortly.