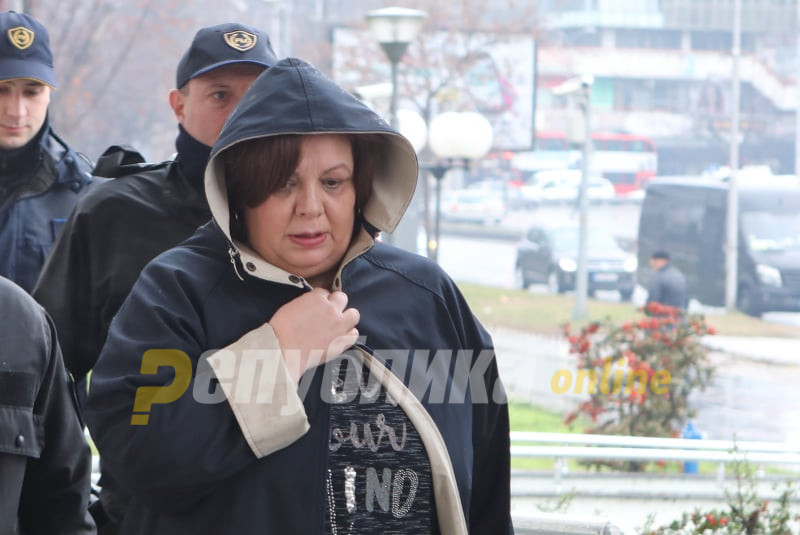 The Racket hearing ended with another heated exchange between the defendants and the prosecutors. Katica Janeva, who already had one recent outburst, laid into prosecutor Vilma Ruskoska.

– I will speak for the defense. I want the public to witness the trial. Let’s have the entire USB stick taken from Zoran Mileski presented. That will show who is manipulating the public, who is offering a bribe and who is manipulated. The prosecution needs to present all the evidence. You should’ve thought about that when you proposed the evidence. You are violating the law, Janeva told Ruskoska.

– Had you thought things through, we wouldn’t be in this courtroom, Ruskoska replied coldly.

– You fabricated the case!, shot back the other defendant, Bojan Jovanovski – Boki 13.

The prosecution presented as evidence the so-called La Verita tapes, which show Boki 13 and Janeva promising to businessman Jordan Orce Kamcev that he will be let go easy in the money laundering case Janeva initiated against him if he pays millions of euros to them. Janeva and Boki 13 still haven’t presented their evidence, but have hinted that they can implicate officials from the ruling SDSM party in the trial.