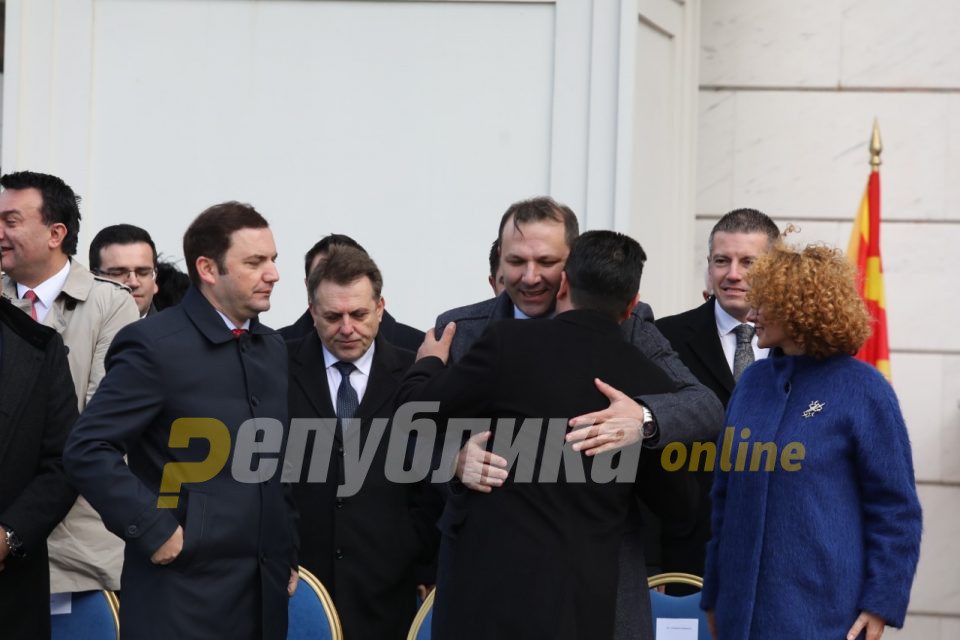 Interim Prime Minister Oliver Spasovski confirmed that the PPO law on state prosecutors, that his SDSM party demands is adopted immediately, is not a pre-condition for Macedonia’s EU accession.
SDSM is delaying the dissolution of Parliament, and with that is endangering the early elections scheduled for April 12, with its demand that this Parliament adopts the law. Experts and the opposition warn that the law will solidify SDSM’s stranglehold over the judiciary, which the ruling party has abused to conduct political persecution over the past three years. SDSM has insisted that adopting the law is a request from the European Union, but Spasovski contradicted this claim today.

I have said many times that it is very important for the future of our country to adopt the PPO law, but it is not a condition for the country’s European perspectives. It will be a positive example which will allow us to go to EU countries and ask for a date to open accession talks, Spasovski said.

SDSM is using the “European flag” procedure, which allows the ruling majority to expedite a law through Parliament with greatly reduced opportunities for debate, but only if the law advances Macedonia’s EU accession and aligns Macedonian laws with those of the EU. SDSM abused this rule for a number of laws, most notably its proposal to legalize the export of dried marijuana buds, which would benefit the family businesses of SDSM leader Zoran Zaev.