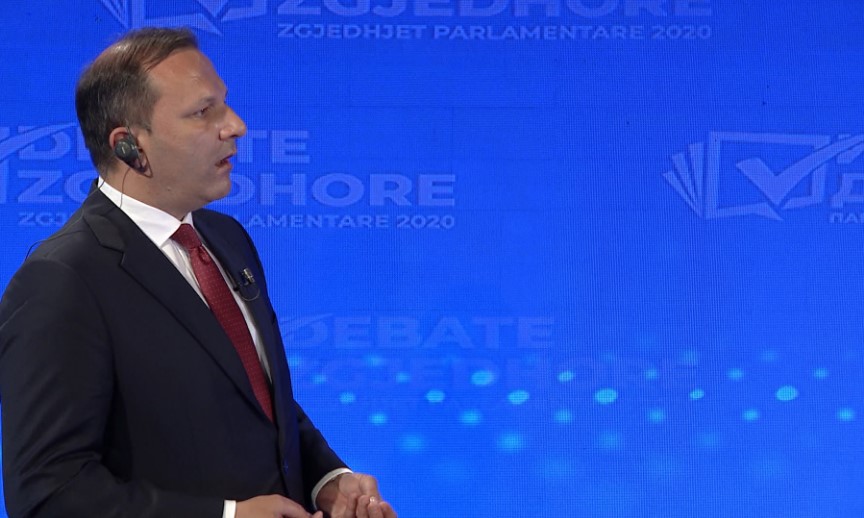 Speaking to an Albanian language TV station, interim Prime Minister Oliver Spasovski insisted that there is no need for an ethnic Albanian candidate for Prime Minister, because SDSM party leader Zoran Zaev has the support of all ethnic communities.

Zaev and SDSM and in a tight spot after the DUI party said it demands that the next Prime Minister is an Albanian, and that it will likely condition its support for any future coalition on this. SDSM is competing against DUI, trying to get more ethnic Albanian votes, or at least have a better score in the 6th electoral district, which is majority Albanian. SDSM should be able to pull this off with the help of ethnic Macedonian supporters in the north-western district and the party is laying the groundwork to declare Zaev the winner in the ethnic Albanian camp if it does succeed in this.

Having more blackmail is not a solution. We have a candidate for Prime Minister and that is Zoran Zaev. We showed that we are a multi-ethnic party, we have an Albanian deputy party leaders, and we appoint Albanians to positions in the Government. Much of the Albanian electorate supports us, Spasovski insisted.

Following the numerous concessions it has done with Macedonian national identity issues, the leftist party which relies on the support of the urban voters and some pockets of rural support, has declared that it is no longer a primarily ethnic Macedonian party. SDSM is likely to lose by a significant margin among ethnic Macedonians to VMRO-DPMNE, but hopes that its haul of Albanian votes will allow it to reduce the losing margin, as it did in 2016.