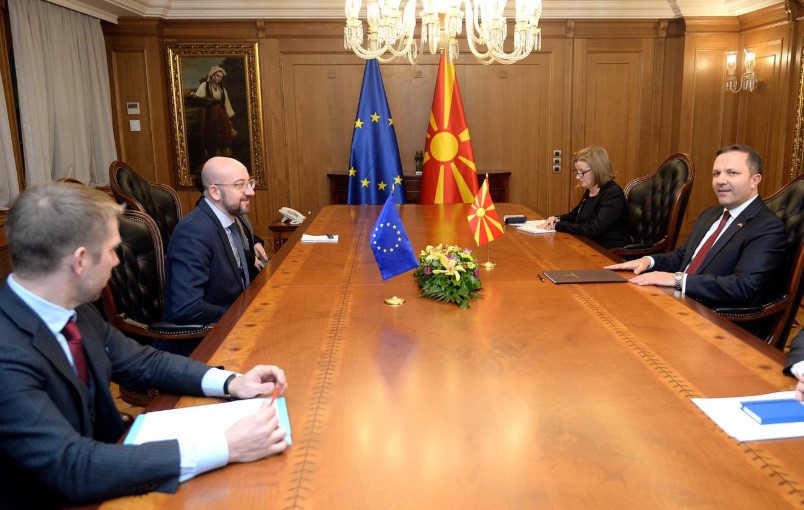 Prime Minister Oliver Spasovski met Friday with the President of the European Council, Charles Michel, who has arrived in Skopje after being invited by President Stevo Pendarovski.

At the meeting Spasovski expressed gratitude for the increased attention and open public statements of support for the soonest opening of accession negotiations at the beginning of taking over the mandate of the President of the European Council, Michel, and expressed the expectation that the date for start  would come soon after the adoption of the the new enlargement methodology, after EU member states give their consent for adoption to fulfill promises made to Macedonia in the past period, the government’s press service informed.

Prime Minister Spasovski emphasized that timing is crucial for our country, in order not to jeopardize the reform momentum that has yet to reach its climax, as well as the Prespa Agreement in its important implementation phase in the forthcoming period.

Who created the passport problem?!