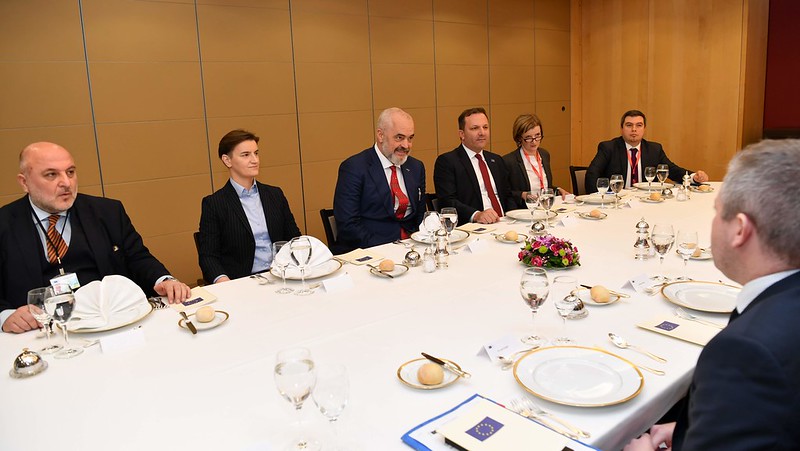 As the government press service informed, the meeting which was also attended by Albanian and Serbian Prime Ministers Edi Rama and Ana Brnabic, focused on the importance of accepting to participate in the “Together for Albania” donor conference on reconstruction and rehabilitation of the consequences from the earthquake in Albania last November, and the solidarity shared by the Western Balkan countries as one of the fundamental values of the European Union.

Western Balkan leaders and EU Commissioner for Enlargement and Neighborhood Policy Oliver Varhelyi also discussed regional co-operation as an important contribution by each of the countries in the region in strengthening the capacities for mutual support in achieving standards to accelerate the integration processes of each country from the Western Balkans to the EU.

In this regard, it was emphasized at the meeting that the European Commission gave its full support to the initiative for strengthening regional cooperation, popularly known as “Mini Schengen” and emphasized that it should be maximally inclusive and carried out according to European standards.