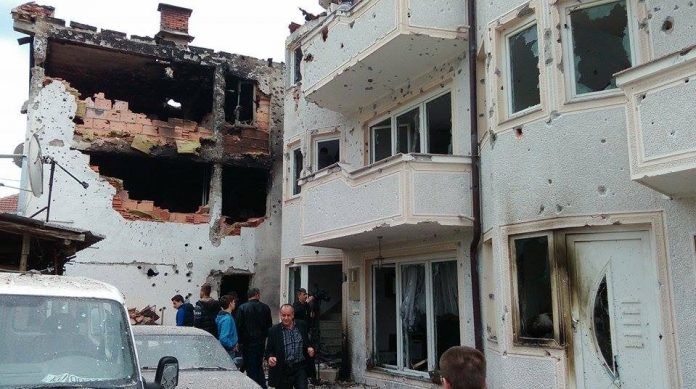 The security situation is stable, calm and there are no indications of violation on the entire territory of the country, Interior Minister Oliver Spasovski said answering journalist question what are the security assessments after El Cheka’s threats that “a new Kumanovo could happen in the middle of Skopje “.

The Interior Ministry and all other law enforcement authorities are taking actions regarding the security situation, said Spasovski, who this morning followed part of the selection of candidates for new police officers at the MoI Training Center in Idrizovo.

Among other things, he informed that there is a special department dealing with cybercrime in the Ministry of Interior and that a cybersecurity strategy is already being prepared jointly with the Ministry of Defense and the Ministry of Administration and Information Society, and this topic is being developed not only in our country and the region but also generally in the world, because so far not enough attention has not been paid to hybrid attacks.

The Department of Cybercrime in the Ministry of Interior works daily in the area of hate speech and in the area of website attacks. So the technology is developing in that part, but our capacities are being strengthened, said Interior Minister Oliver Spasovski.

Fight between the SDSM factions in Kumanovo gets ugly, as wiretaps are being deployed