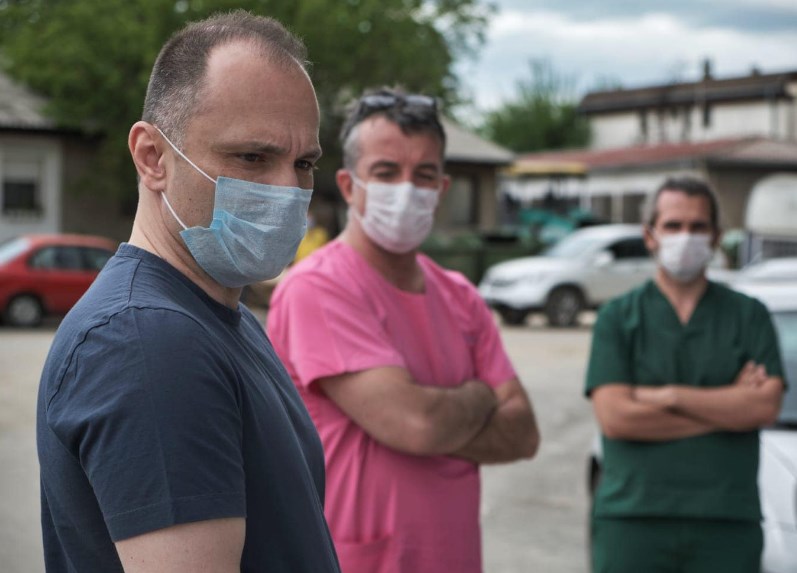 After several days with newly diagnosed coronavirus cases kept under 10 a day, over the past two days Macedonia registers over 30 new cases daily. The escalation of the numbers prompted the committee tasked with preparing recommendations to say that it is not going to suggest relaxing any of the restrictions that are in place, Alsat TV reported. The committee met today and expectations were high that it will propose further reducing the curfew and maybe allowing some businesses to open.

It’s unclear how will this newfound situation affect the push by the ruling SDSM party to hold early elections as soon as possible. SDSM demands elections as early as a month from now, apparently calculating that any later date would mean they will face an electorate mired in an ever deeper economic crisis. The opposition VMRO-DPMNE party, on the other hand, insists that the elections are held when it is clear that voting won’t lead to a new spike in infections.

The spike was most noticeable in Tetovo, a large city that was mostly spared from the disease so far. This prompted an emergency consultation between the Government and local healthcare officials. According to Deputy Prime Minister Bujar Osmani, the 11 newly diagnosed cases mean that citizens will have to be asked to respect the proposed measures for social distancing and wearing protection in full.