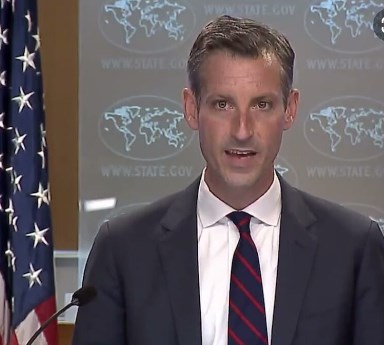 State Department spokesman Ned Price tweeted that the US welcomes the conclusions of the EU – Balkans summit in Slovenia, even though it brought no progress in expanding the EU toward the Balkans, and the proposal to set a firm date to bring the Balkans in the EU by 2030 was rejected in favor of broad and conditional promise of an open door policy.

We welcome the EU’s statement on the Western Balkans. Albania, Bosnia – Herzegovina, Kosovo, Montenegro, (North) Macedonia and Serbia continue to demonstrate their commitment to reform. It is critical to keep the EU door open for them, Price said.

The US tried to get involved ahead of the summit, with a phone call Joe Biden placed to EU Commission President Ursula von der Leyen, and previous calls to Bulgarian officials to urge them to lift their veto against Macedonia – but to no avail.