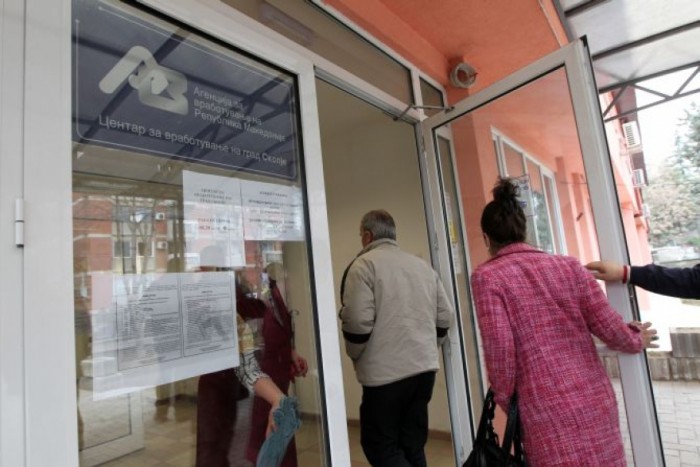 In just six months during the Covid-19 crisis, the Employment Agency registered about 40,000 new unemployed in the country. As of August, there were almost 145,000 unemployed in Macedonia actively seeking work, unlike February, when the number of unemployed was almost 106,000.

To justify the number of unemployed, the government says that the other people on their list were the result of new regulations and ongoing government projects.

And the total number has grown from people who have returned from abroad, as well as those who have registered as unemployed to use payment cards for assistance from the state. But, according to Prime Minister Zoran Zaev – the Employment Agency is lying.

He said yesterday that government measures had helped hundreds of thousands of citizens not to lose their jobs, and that the measures had proved successful because they had saved jobs.

These were timely and serious measures to save jobs. They were comprehensive and guided by the principle that no one should be left out. Thus precisely dimensioned they stopped the first blows which threatened to be catastrophic. Let me briefly remind you of some of the effects of the previous three measures, hundreds of thousands of jobs have been saved and secured thanks to the help provide to tens of thousands of companies, said Zaev at Sunday’s press conference.

Regarding this, the president of the largest opposition party VMRO-DPMNE, Hristijan Mickoski, said on Sunday that unsuccessful measures and economic policies led to the collapse of the Macedonian economy and resulted in about 40,000 unemployed.

Not only are these measures overdue, but they will deepen the already difficult situation in the country. When this is already being done, the experience of the previous three packages of measures should have been seen. The experience is devastating and means 40,000 new unemployed and a record minus of almost 13 percent decline in GDP,  said Mickoski.

He emphasized that the result of the wrong policies of the Government led by SDSM is the historic decline of industrial production.