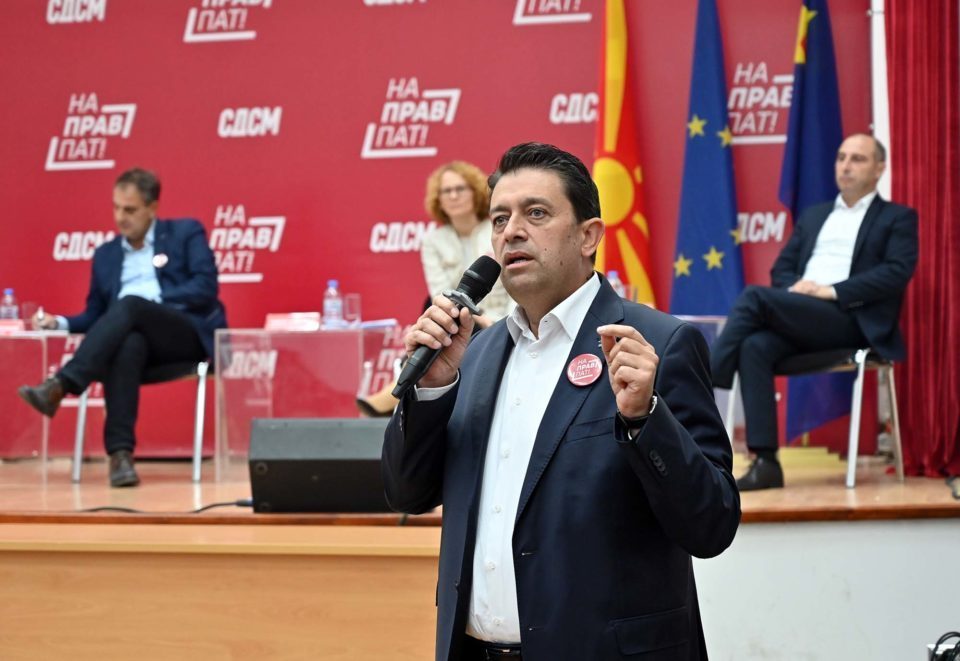 Today follows another press conference with another proof and another reason why Macedonia is sinking in all corruption rankings, fight against crime, partisanship of the state, VMRO-DPMNE’s spokesperson Naum Stoilkovski said at Sunday’s press conference.

Here follows another proof of privatization of the institutions, another case of stolen life for the four years of Zaev’s rule with crime and partisanship of Macedonia. This is a license issued for an incredible 34 years for the Skopje-based company KB Energo Solaris, a license for performing energy activity, production of electricity. It was issued on August 24, 2020, and lasts until June 24, 2054, whole 34 years. Maybe everything would be fine if it was not a company owned by the director of the Macedonian Real Estate Cadastre Boris Tundzev, ie a company under his wife’s name. According to the information he personally submitted to the Anti-Corruption Commission, this is his wife’s company, but there is no information on when and on what basis this company was acquired. While he manages the state Real Estate Cadastre, Tundzev privately, ie his wife receives a contract for 3000 square meters of photovoltaics until 2054, for whole 34 years, says Stoilkovski.

He asks if Tundzev puts his private businesses under the name of his wife?

What is interesting is that the company of the Tundzev family was founded in 2019, and already in 2020 it receives a contract for electricity production that lasts until 2054 with the signature of Marko Bislimovski, head of the Energy Regulatory Commission. Does Tundzev put his private business under the name of his wife and thus make an impact and get a contracts for 34 years?, Stoilkovski asked.

Moreover, he added that the wife had two companies, one for electricity generation and the other for geodesy. It must be emphasized that Tundzev in his report knowingly omitted the company Geo proekt of his wife, which is practically his company.

He also called on the Anti-corruption Commission and Public Prosecutor’s Office investigate all the connections of the director of the Real Estate Cadastre Agency with the businesses in his closest family, with the businesses of his wife, which according to the information gets flowing a good amount of money into family businesses.