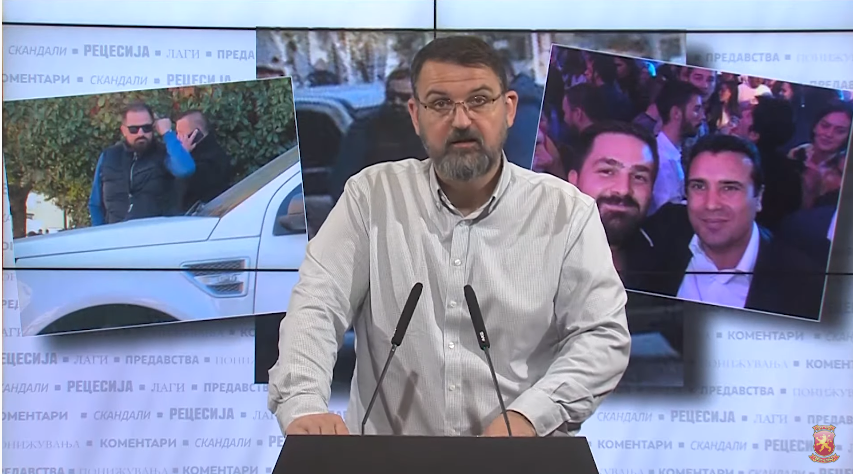 VMRO-DPMNE spokesperson Naum Stoilkovski presented photos showing police officers from the special task force being sent to Bitola by people close to Zoran Zaev and Oliver Spasovski to exert pressure on citizens before the second round of local elections.

These are members of the special task force sent to Bitola, in civilian clothes and civilian cars, who have no official need to be deployed there, because they are people who should officially deal with terrorism. But, they were sent there and made available to Vasko Kovacevski, and his group in Bitola for bribery and terror against the population for election purposes, said Stoilkovski.

He stressed that VMRO-DPMNE will continue to disclose all information about the terror and abuse of institutions for SDSM election purposes.

I am holding evidence in my hand, sent by whistleblowers, lists of people – voters and their needs, as well as blackmail and promises that they will meet someone they trust to solve their problem if they vote for SDSM.

There is information about pressures, terror, bribery, but also about offering various comforts to the citizens just for a vote for the survival of the regime. In the defeat, abuses are made at all levels, employment is promised, cancelling of mortgages, social assistance is promised, whatever they thing of as tempting to offer.

The pressure for votes goes to the strongest feeling, the feeling of security and work, said Stoilkovski.

The spokesperson also revealed some of the names of the citizens who are being blackmailed with problems in life issues, and are on these “black” lists.

Stoilkovski said that it is a game with the most painful feelings of the people, in the midst of economic crisis, recession, closed factories and the impending energy crisis.