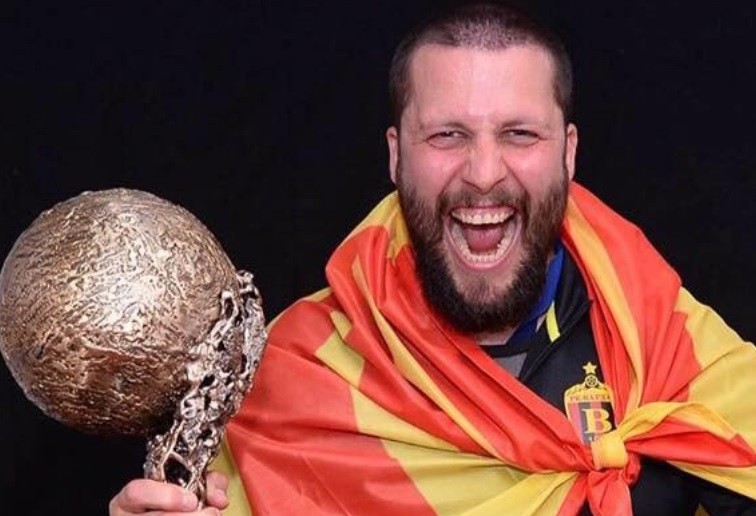 Macedonian handball star Stojance Stoilov joined hundreds of citizens who expressed their dismay that the police allowed a nationalist charged Albanian rally in downtown Skopje yesterday evening. Protesters chanted in support of the UCK/NLA terrorist organization that sparked the 2001 civil war in Macedonia, and called for “ethnic Albania” – meaning Greater Albania that would be cleansed of non-Albanians – while demanding the release of the group of Albanian islamists who carried out the 2012 Good Friday massacre.

Police reaction was hands-off even as protesters threw rocks at the officers, and was in start contrast to the raid on the Vevcani carnival in mid January. The Interior Ministry insisted that the ancient celebration in Vevcani is not targeted because of its political messages but that it will sent riot police wherever a large gathering occurs in violation of coronavirus restrictions.

Riot police sent to break up the Vevcani carnival

In Ohrid boys were fined for jumping after the holy cross. In Vevcani, riot police was sent to break up the revelers… because of the coronavirus. And look what is now happening in the capital Skopje, during the corona epidemic. I guess separate laws apply to the Albanians. It’s not the first time. To the Government of the Republic of Macedonia, to the Interior Ministry, is anybody there?, Stoilov said. 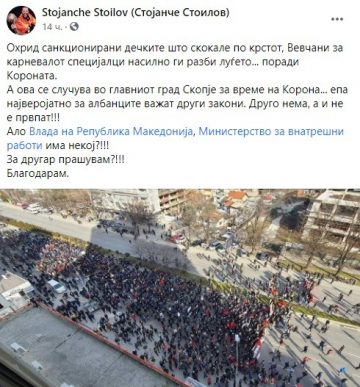 The robust handball star is often outspoken in his criticism of the Government, and he famously refused to use the imposed name “North Macedonia” as his Vardar team won its second EHF title in 2019.

He also refused to attend an award ceremony after the announcements were switched to Albanian. In response, Albanian journalists in the Macedonian public TV station refused to say his name during games.