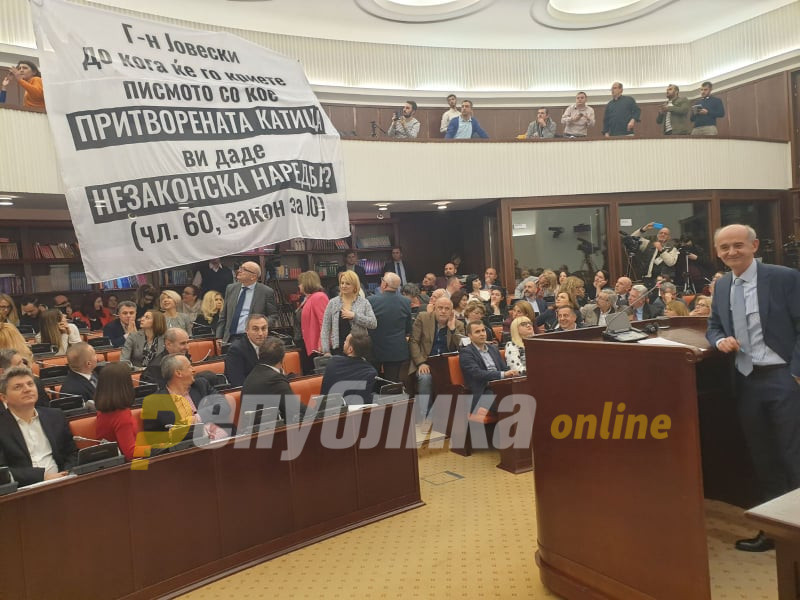 Criminal law professors and legal experts poured cold water on the Government’s proposal for a new law on state prosecutors, that was already rejected by the opposition VMRO-DPMNE party, despite frenzied attempts by SDSM to push it through Parliament. During a broad debate in the Parliament, law professors, even those often friendly to SDSM,  strongly criticized the draft law, which VMRO claims would give impunity to SDSM party leader Zoran Zaev for the numerous corruption scandals.

One of the strongest critics of the proposal was Gordana Siljanovska – Davkova, who was the opposition’s candidate for President earlier this year. Siljanovska said that the law rudely intrudes in the competences of the Council of public prosecutors, which is supposed to maintain independence from the executive while nominating prosecutors. 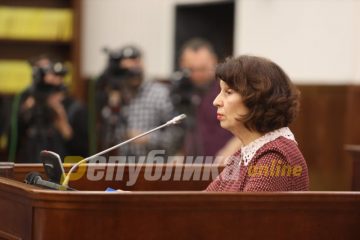 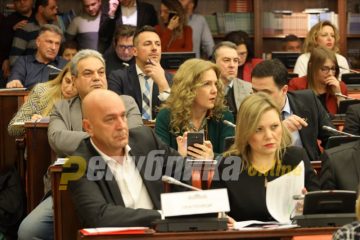 But possibly the strongest ilne of criticism came from criminal law professor Gordan Kalajdziev, who was a strong supporter of SDSM and their Colored Revolution campaign. Kalajdziev, who was passed on in favor of Katica Janeva as Special Prosecutor (to disastrous effect) called on the Public Prosecutor Ljubomir Joveski to finally reveal Janeva’s letters which were used to completely dismantle the Special Prosecutor’s Office. Janeva sent several handwritten, unstamped notes from prison, where she was detained on charges of gross abuse of office and racketeering, and this was enough for Joveski to dismantle the once trumpeted SPO. 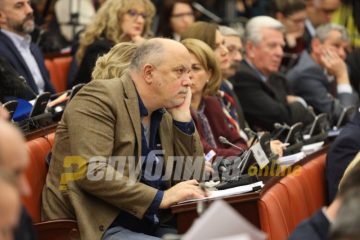 One speaker who stuck to the SDSM side, former Communist era and post- independence Justice Minister Vlado Kambovski asked that the elections scheduled for April 12 are postponed if the Parliament can’t adopt the law by February 11, when Parliament is supposed to dissolve.

This law must pass even if we have to postpone the elections by a month, Kambovski said, echoing the numerous similar calls from Zaev to cancel the early elections. Zaev cited the need to wait for Spain to ratify Macedonia’s NATO accession and other reasons why the elections should be dropped, as his SDSM party remains down in the polls compared to VMRO. 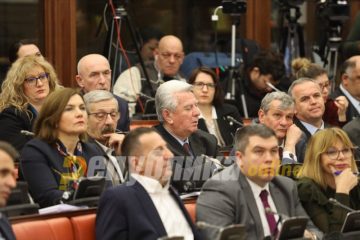 Fatime Fetai, who was one of Janeva’s chief deputies, and was lionized alongside her as a brave crime fighter – until their SPO office went down amid scandal – had a memorable comment. Fetai asked that “greater care is paid” during the appointment of the next Special Prosecutor, and asked that EU officials are included in the process. it was clear jab at Janeva, whose complete lack of accomplishment and even solid grades at the Law Faculty, were overlooked by most experts, diplomats and Fetai herself, who was happy to pile praise on Janeva almost until the day of her arrest.

At the start of the discussion, VMRO-DPMNE members of Parliament unfurled a sign also calling on Joveski to  produce Janeva’s letters. Zaev and his Justice Minister Renata Deskoska initially claimed that Janeva’s highly illegal move resolved the problem with the SPO and allows Zaev to deliver all its powers to Joveski and his OJO service, where Zaev can count on continuing business as usual. But EU officials are asking for the adoption of a new, serious and consensual law and this is becoming a major issue as Macedonia hopes to open EU accession talks, meaning that the scandal that broke Macedonia’s judiciary likely won’t be swept under the rug after all.

VMRO leader Hristijan Mickoski listed nine serious objections to the draft text and said that, if as result of the discussion the draft is amended, he will call on the VMRO members in Parliament to support the new text. Mickoski’s objections also include the weakening of the position of the Council of public prosecutors in favor of the Government, Zaev’s attempt to ensure Joveski remains as Public Prosecutor even if SDSM loses power in April and attempts to allow further use of unwarranted wiretaps as evidence.

We conducted broad consultations with experts and our proposals will ensure that we have a truly reform oriented law, instead of the proposal that would help cover up Zoran Zaev’s crimes after April 12, Mickoski said.