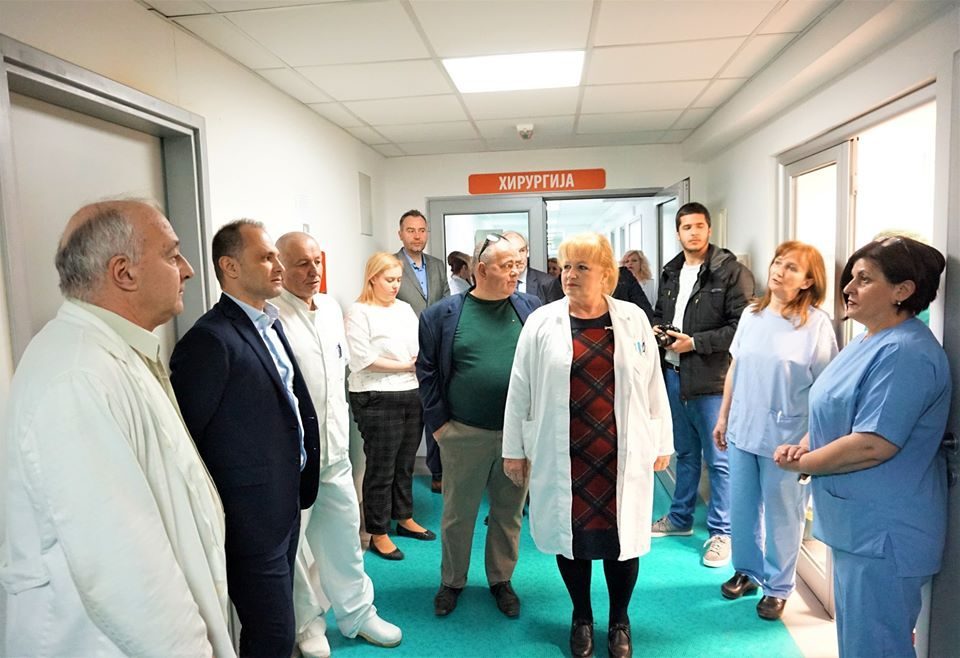 A doctor who treated 66 year old Nemljune Ibraimi gave a shocking testimony of how doctors at the Ohrid general hospital refused to admit the woman, despite having serious difficulties breathing.

The patient was in my van and I had her receiving oxygen. I had to heat up the van because it as cold outside and the patient wouldn’t last in the cold. For three hours she waited inside but they never opened the door to the hospital. She was not admitted to the infectious diseases department of the Ohrid hospital. I begged them, telling them that my reserves of oxygen are spent, but they told me that the hospital director is refusing to admit her because that would leave the hospital without a team od doctors, said doctor Ruska Demisi.

The patient from the village of Tateshi, near Labunishta, was seen as a risky because that is a high immigrant area and many people there work in Italy.

Slavica Maleska, director of the Ohrid hospital, was removed from her position today, as Ibraimi’s family and her doctor revealed the ordeal. She denied having any blame for the tragic case, and insisted that the call was made by the infectious diseases department. “I was not informed that the patient was turned back, I first heard about it from the news sites”, Maleska said.

Girl (14) died of flu like symptoms in Struga, coronavirus test came back negative