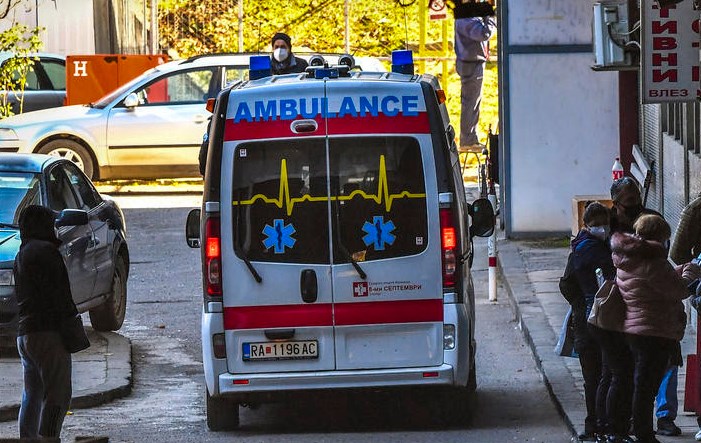 Two doctors and a nurse from Stuga had to perform an emergency delivery and resuscitate the newborn on the road, in an ambulance. The drama, which had a happy ending, occurred on the Struga – Debar road on the night between Monday and Tuesday.

The Struga hospital received an urgent call from Centar Zupa, about a woman that is giving birth. The woman was driven in a car toward Struga, but doctors Vasko Duleski and Elena Meckarovska, and nurse Semra Bajramoska, went off in an ambulance to intercept them. They met near the Globocica dam and decided that, as the delivery is already in progress, there is no time to drive to the hospital.

I’m not a gynecologist, but there was no time to waste, the baby was already going out. I was in contact with my sister, who is a gynecologist, on the phone, Duleski said.

When the baby was born it had no pulse and was not breathing but the medical team managed to resuscitate it. The 22 year old mother, who was not attending medical checks during the pregnancy, and the baby, are both fine.