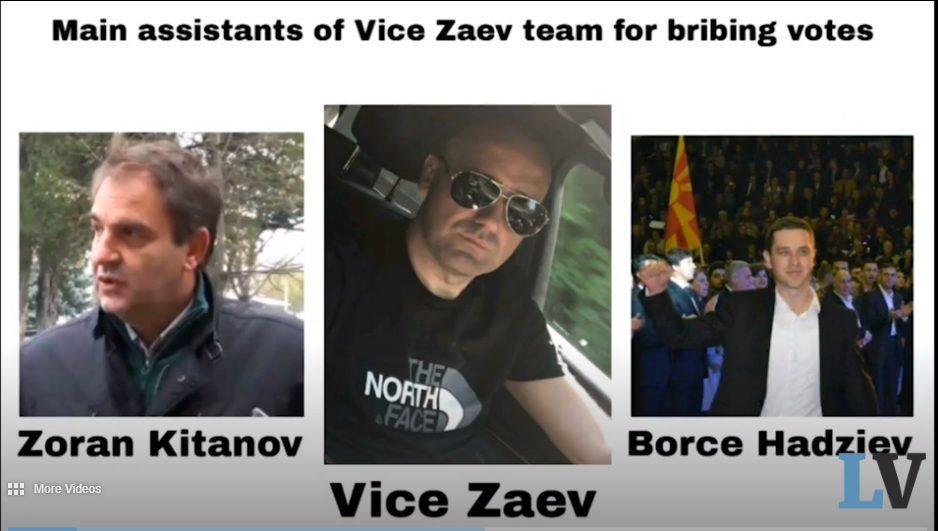 The documents published in La Verita’s video, which are also in possession of prosecutor Vilma Ruskoska, mention the names of SDSM leader Zoran Zaev and his brother Vice Zaev, as well as the head of SDMS’s local branch in Strumica Marjan Daskalov and other prominent SDSM members in the Strumica region.

They are all alleged to be part of a network of electoral fraud during the 2014 elections, when 500-1000 denars per vote were paid to Roma people, or people were threatened to be disconnected from electricity and the water supply system, in which Vice Zaev is the brain of the operation. 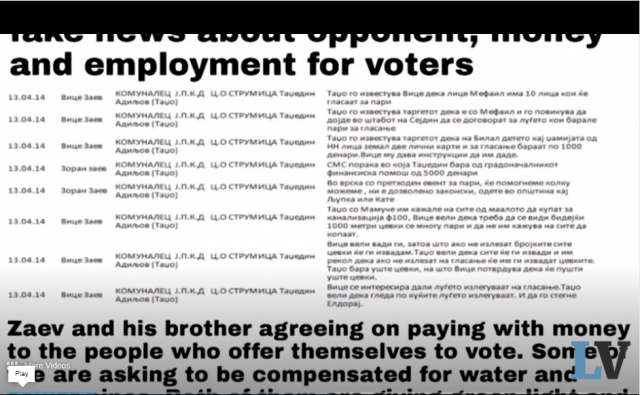 Having the director of the PE “Komunalec Strumica” on his side, Vice Zaev played God – so he promised and installed sewer pipes in the Roma neighborhoods, and announced after the elections that he would take them out.

A person asks Vice to send him a guy to check out the status for the ID job. If the agreement is not according to plan, he will send guys from the municipal company Komunalec to rip off all sewer pipes in that neighborhood… 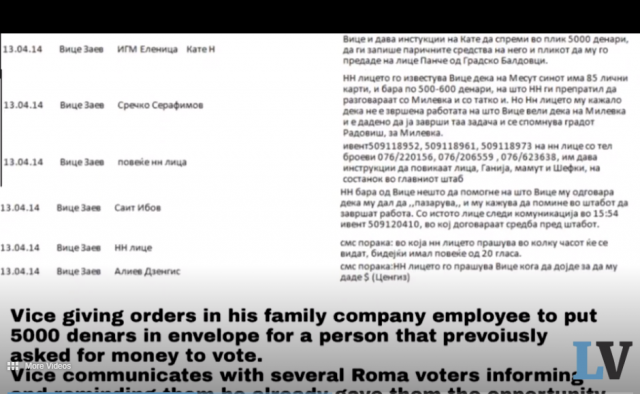 Those who decided to collaborate were paid, for each single vote, between 10 and 25 euros, at two exchange office managed by colleagues of Vice Zaev. One of the two exchange offices, “Daskal”, was owned by Marjan Daskalovski, who was in 2014 also elected to the Parliament together with Zaev, and head at that time of the local section of SDSM. If money was not enough to convince the citizens, the delivery of building materials or the connection of houses to the public infrastructure were also promised. The man who allegedly manipulated with public services and controlled behavior of municipal employees, was the director of the PE Komunalec-Strumica, Zoran Georgiev. He would have been using the means at his disposal to threaten or punished those who hesitated to collaborate, and obviously reward others, the author of the article published in “La Verita”, Laris Gaiser explains about how the electoral fraud in Strumica was organized. 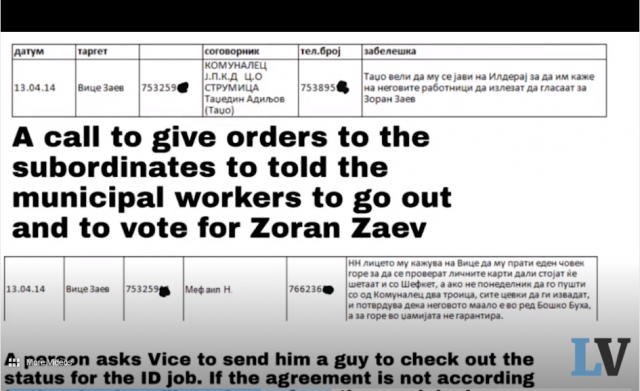 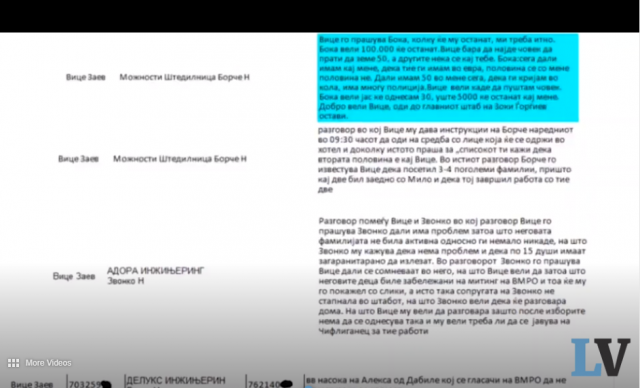 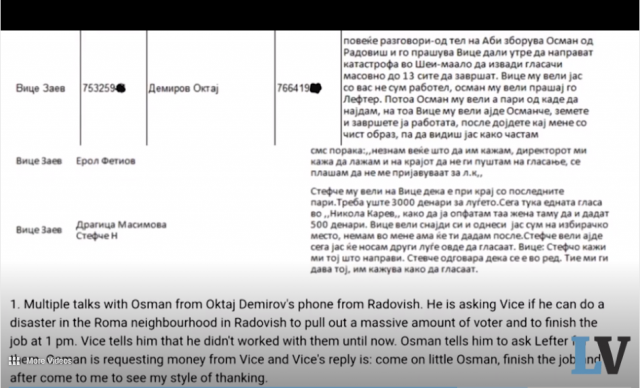 …… Then Osman tells him where to find money, and Vice’s reply is: come on little Osman, finish the job, after come to me to see my style of thanking, read the materials also in the possession of Prosecutor Ruskoska. 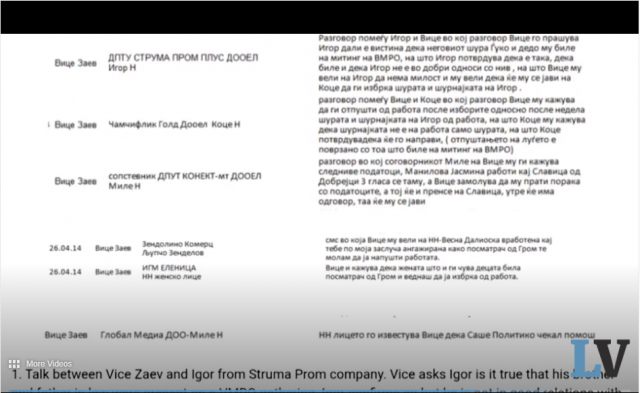 Also, in the same materials published in “La Verita”, Vice orders layoffs for the “disobedient”.

Vice asks Igor if it is true that his brother and father in law were present on a VMRO gathering. Igor confirms so, but says he is not in good relations with them. Vice tells him not to have mercy for them and that he will call Koce from the company where they work to fire both of them….

The babysitter employed at IGM Elinica, who was engaged as a GROM observer in the elections, was also “disciplined” in the same way.

La Verita stands behind the authenticity of the facts it publishes, and it has announced that the documents in the possession of the Macedonian prosecution will be published in three articles, the first of which was published on Saturday.

(1) Zaev’s election tactics: Kamber and Jasar voted for VMRO, entire family to be dealt with

According to the newspaper, the documents in the hands of the Macedonian prosecution are incriminating Zoran Zaev for crimes of corruption and activities related to election fraud.