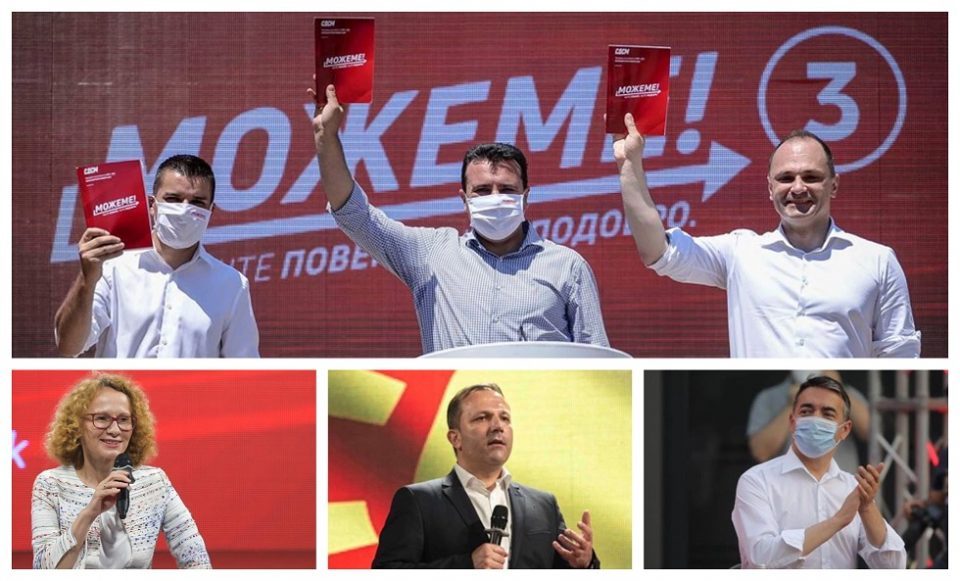 A surreal campaign video from SDSM was revealed yesterday, on the day when Macedonia suffered its by far worst death toll of the coronavirus epidemic. Fifteen patients were reported dead from the virus, and less than an hour after the grim news broke, SDSM posted its video in which top party officials declare that they were very successful in fighting the epidemic.

– We showed we know what to do, says interim Prime Minister Oliver Spasovski.- Few believed we have the strength we showed, adds Radmila Sekerinska.
– We literally did everything to protect lives, brags party leader Zoran Zaev.

The video extensively features Healthcare Minister Venko Filipce, whose popularity grew in the start of the epidemic, when the numbers were relatively low and he gave regular press conferences projecting steadiness and assuring the public. Experts were pointing that Macedonia lags behind other Balkan countries and has the highest death rate, but the overall low numbers, with several deaths a day – nowhere near the scenes in Italy or France – led the public to believe that the crisis is being handled well.

But the numbers got steadily worse and then, at the start of June, after the month of Ramadan, both the infection and the mortality rate spiked off the chart. As it became clear that the restrictons put in place are widely disregarded to make way for the massive iftar dinners held during Ramadan, statistics in Macedonia became by far the worst in the entire region. There are three times more patients treated in the main clinics in Skopje than there were during the previous presumed peak in mid April, and pleas from overworked doctors and nurses are shared every day. Filipce greatly reduced his public appearances linked to the epidemic, but is now actively campaigning for SDSM, trying to share what is left of the positive image that was built for him at the start of the crisis.