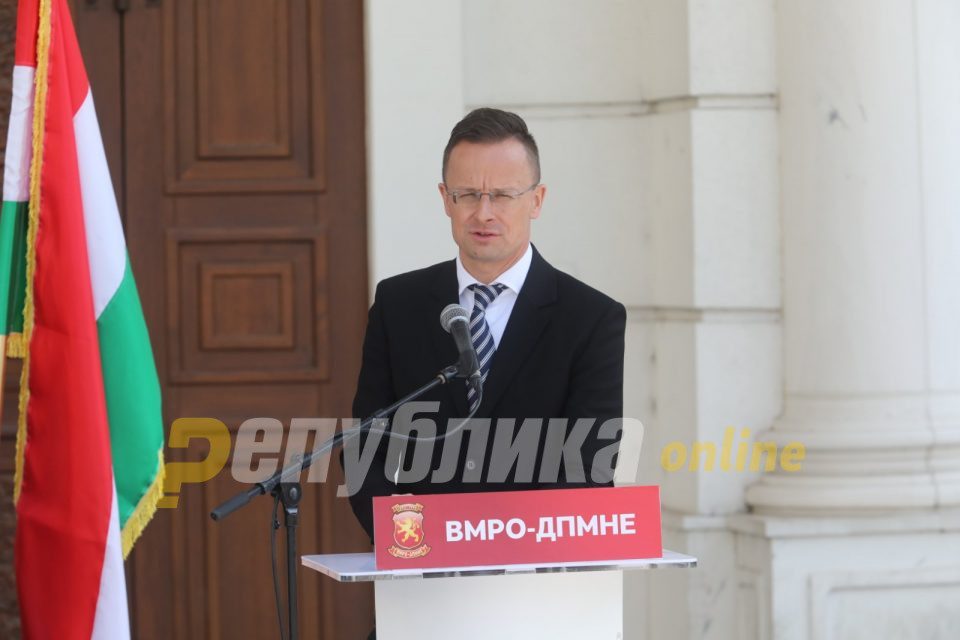 Several journalists used the opportunity during the delivery of Hungarian medical assistance to Macedonia today to press both Hungarian Foreign Minister Peter Szijjarto and VMRO-DPMNE President Hristijan Mickoski on political issues. Some tried to get Szijjarto to discuss the fact that Hungary gave asylum to politically persecuted former VMRO leader Nikola Gruevski, while others objected to his decision to give a joint press conference with the opposition party leader, besides the conference with the (currently) left aligned Foreign Minsiter Nikola Dimitrov.

The Hungarian Minister was also asked about the frequent allegations on the part of the Macedonian left, including the ruling SDSM party led by Zoran Zaev, that Hungary under Viktor Orban is a dictatorship or autocracy.

You know, it doesn’t really matter what Mr. Zaev thinks about the internal situation in Hungary because he is not Hungarian. For us what matters is what the Hungarian people feel about the internal situation in Hungary. We won the last three elections with a two-thirds majority, which shows very well what the Hungarian people think about our performance. For us this is what matters and now what external actors think about us. It doesn’t matter. My principle when it comes to foreign policy is mutual respect. And mutual respect means that you try to avoid commenting on domestic internal situation in other countries. You never hear me commenting about the social-democratic Government here. And when it was about Hungary supporting the EU and NATO integration of your country we were not really faced with this opinion from him, Szijjarto shot back.

Mickoski added that he is proud of all friendly ties with foreign countries, and that Hungary has provided brotherly help in this crisis, and in the EU and NATO accession process.

I’m proud to have friends such as Messrs Orban, Szijjarto, Varhelyi, and I will strive to have as many such friends as possible, which helps our country, Mickoski said.