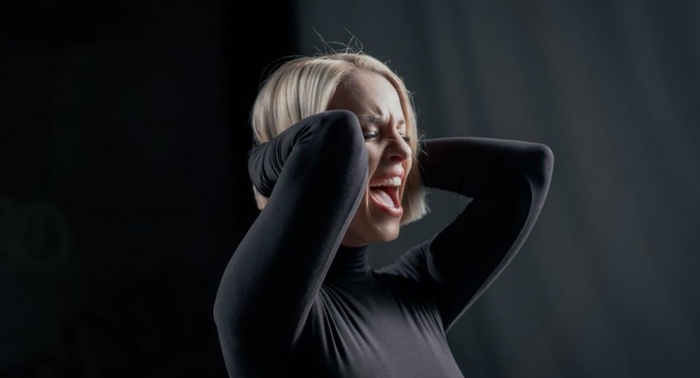 After causing widespread outrage with her modification of the Macedonian national anthem, singer Tamara Todevska announced that she is cancelling her two upcoming concerts in Ohrid and during the Prilep beer festival.

Todevska made the decision as Facebook groups of people from Ohrid and Prilep called for boycott or even booing at her concerts.\

The obviously inadvertent mistake I made during the singing of the anthem caused Hell for me and my family. Given that I would not want to increase the agony which we are going through as a family, and to contribute to relaxing the situation, I decided to cancel the concerts in Prilep and Ohrid. I hope that you will be able to overcome my mistake, I repeat – a mistake – and that you will understand that it was not deliberate, Tamara said in her second comment after her performance. Her original Facebook post received three times more angry and mocking reactions than “likes” and thousands of overwhelmingly critical replies.

She sang the Macedonian national anthem during the 4th of July event put together by the US Embassy, and omitted the verse which names Goce Delcev, Dame Gruev, Pitu Guli and Jane Sandanski, the four VMRO heroes who fought for independent Macedonia. If it was indeed a mistake as she says, her timing couldn’t have been worse, as it came as Bulgaria demands that Macedonian historians sign off Goce Delcev and declare him an ethnic Bulgarian.

Tamara already caused an outrage with her wholehearted endorsement of the imposed name “North Macedonia” during the Eurovision song contest. She accepted significant financial support from the Zaev Government and had a well covered meeting with him after the performance, contributing to the impression that she is trying to help the international promotion of the name many Macedonians reject.

The diplomatic corps in Skopje, which also pushes for both the name change and the treaty with Bulgaria, also endorsed Tamara, leading to the invitation to perform at the US Embassy, but that seemingly only harmed her standing with the Macedonian public. Calls for boycott have followed her since the Eurovision contest, and her reception among the public came in stark contrast with the heroes’ welcome given to the Vardar handball team, whose captain Stojance Stoilov is a fierce critic of the name change, during which the estimated 100.000 people proudly sang the Macedonian anthem at the Macedonia Square in Skopje.