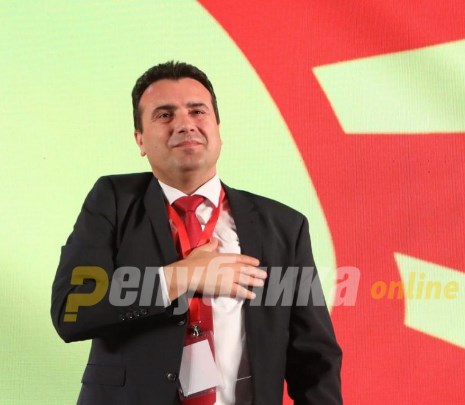 Muckracking journalist Zoran Bozinovski announced that this afternoon he will reveal a 2016 recording of Zoran Zaev that will shed new light on his political manipulations.

Zaev said that the recording is between Zaev and Aleksandar Verusevski, the son of Zaev’s security adviser and notorious former secret police chief Zoran Verusevski, who is behind both major wiretapping scandals in Macedonian history. According to Bozinovski, the tape will reveal details of a deal Zaev made with Saso Mijalkov, the head of the secret service under the last VMRO-DPMNE led Government.

Mijalkov was for long a powerful figure in VMRO-DPMNE, and was the most hated figure for the left, after Nikola Gruevski. But now Mijalkovapparently works with Zaev, in business deals, helping support Zaev’s Government and in trying to create factions in VMRO.

Bozinovski faced Zaev in court today, as the Prime Minister is suing him for slander. Bozinovski alleged that Zaev took a huge bribe of 60 million EUR to approve a contract that was harmful to the Republic of Macedonia, but did not provide more details. In court, Bozinovski handed the recording he said he will release today to the judge.

Zaev, on the other hand, insisted that he is forced to sue the journalist for slander because “my children are asking me if it is true that I’m engaged in extortion and causing damage to the country”. It’s a typical move for Zaev, who twice faced serious and well elaborated corruption allegations, to evoke his children and their alleged tears when using his control over the judiciary to pressure his critics.