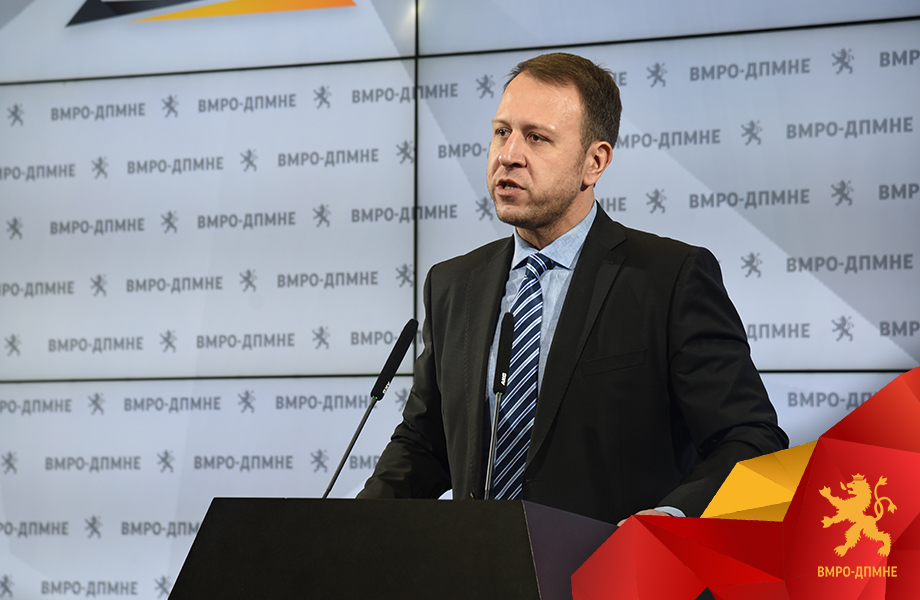 The tapes shows why Zaev should go to jail and why the mafia has its own state, VMRO DPMNE secretary general Igor Janusev wrote on Facebook.

Today Antonio Milososki released tapes of Zaev saying “I am close to Jovo”, “there is no decision of the Supreme Court without Zaev”, “or law on the SPO or the Supreme will drop the cases”!

This in short is the real face of Zoran Zaev showing that: First, criminal Zoran Zaev is at the same time prime minister and supreme judge! Second, the criminal Zoran Zaev says that Katica Janeva knows that and moves things along that path! Third, it has been agreed either SPO law or the Supreme Court will drop the cases in which they are suspects. Zoran Zaev is the head of the octopus and the main satrap of the judiciary, VMRO-DPMNE General Secretary Igor Janusev reacted on Facebook.