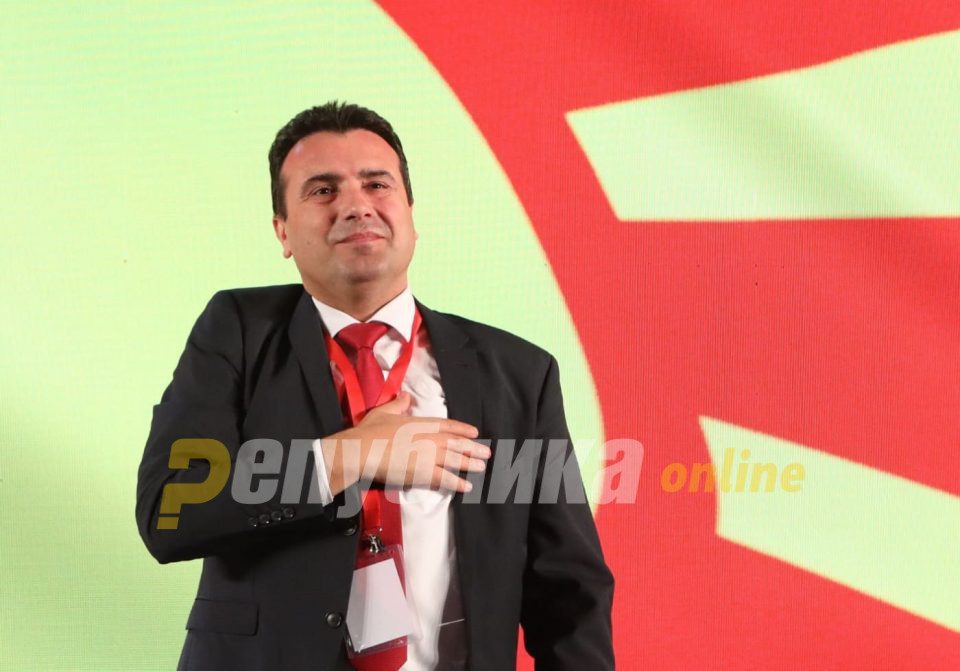 The Infomax news site published four short audio tapes of SDSM party leader Zoran Zaev. In the tapes, Zaev is heard confirming that he was giving away the cache of audio leaks he used in his power-grab since 2015 for political purposes, boasts that the leftist protest groups, “all of those Soros funded groups, they are mine” and that Special Prosecutor Katica Janeva coordinates her actions with him.

Infomax, which has published a number of reports revealing Zaev’s criminal links, for which its editor in chief Aleksandar Mitovski was recently given a suspended prison sentence, said that the tapes were given to them by a whistleblower, and that more are about to be revealed.

The conversation which Zaev had with another man, whose identity we will not reveal, was recorded in a restaurant, Infomax said. The voice of the other man, who is talking to Zaev, was digitally obscured.

In one of the tapes, Zaev is asked by his interlocutor why he gave audio tapes to Zahir Bekiri – Caus, a small time crook from Skopje who was arrested for producing fake documents that the SDSM party was using to discredit VMRO officials. During his arrest a cache of wiretaps that Zaev claimed were securely held in his party were given only to the Special Prosecutor’s Office, were found.

– Why didn’t you trust me, but you trusted Caus? Where did Caus get the tapes?, the man asks Zaev.
– What tapes?
– Who gave the tapes to him?
– Caus? He may have got some of the tapes when they were translated into Albanian.
– Why did you give them to him?
– The party did. They were separated from the cache to see what is there about Ali Ahmeti, Zaev replies.

In the audio leak about Zaev’s influence over the Special Prosecutor’s Office, the partisan investigative outfit led by Katica Janeva, he is asked why is Janeva going after businessman Jordan Orce Kamcev. Zaev replies with an obscenity aimed at Kamcev. Kamcev subsequently recorded Janeva’s assistants such as Bojan Jovanovski – Boki 13 as they were extorting money from him in exchange for a more lenient sentence, and published them, leading to Janeva’s arrest and the abolition of the SPO, with a major racketeering scandal spreading toward Zaev.

Finally, a portion of the conversation is dedicated to discussing the “civic protests” that SDSM supported in 2015, ostensibly by citizens that were outraged by the cache of audio tapes Zaev was releasing. Zaev is heard saying that “the civic organizations, those that are funded by Soros, the student’s Parliament, they are all mine”. This confirms that the protesters were paid by outside parties, mainly the George Soros led Open Society Foundation, to help bring down the VMRO-DPMNE led Government.