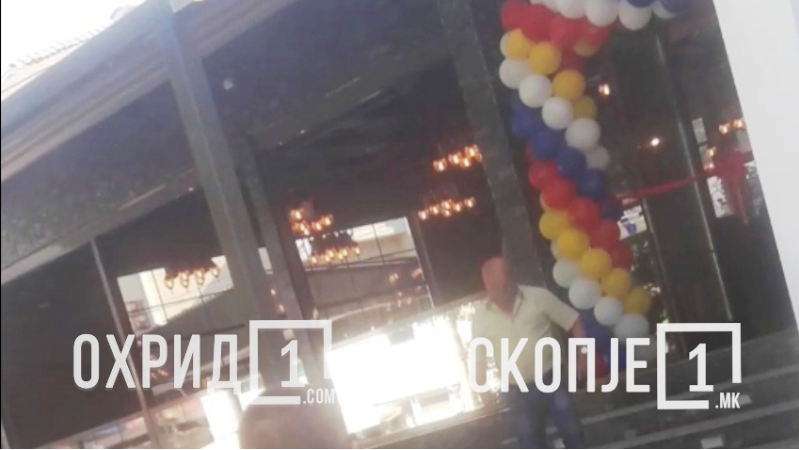 Ohrid authorities are supposed to be working on a plan to clear up at least some of the hundreds of unlawfully built houses and commercial facilities, which have been raised by UNESCO as a blight on the protected region of cultural and natural importance. Ohrid even faces losing the coveted UNESCO status as part of the world heritage.

But, the powerful Ohrid city councul member Nefi Useini from the DUI party is apparently preparing to open his pizza place which he built unlawfully next to the ancient sycamore tree which is the symbol of the city. Useini chased building inspectors from the site and was building his pizza place in plain sight, and amid frequent reports from local media outlets. Desperate for the Albanian vote to prop up both the SDSM party presidential candidate Stevo Pendarovski and especially the SDSM mayoral candidate in Ohrid Konstantin Georgievski, Useini was able to leverage his clout and finish building his pizzeria while simultaneously building an industrial facility in a protected zone next to the shore of lake Ohrid. 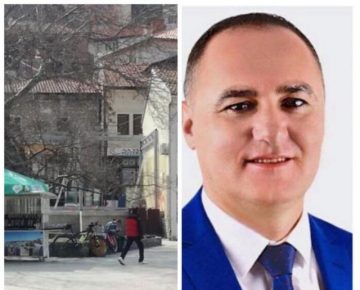 Exasperated locals are even creating Facebook events inviting the city to come to the grand opening of the latest evidence to lawlessness in Ohrid, in the name of the hapless Mayor Georgievski.