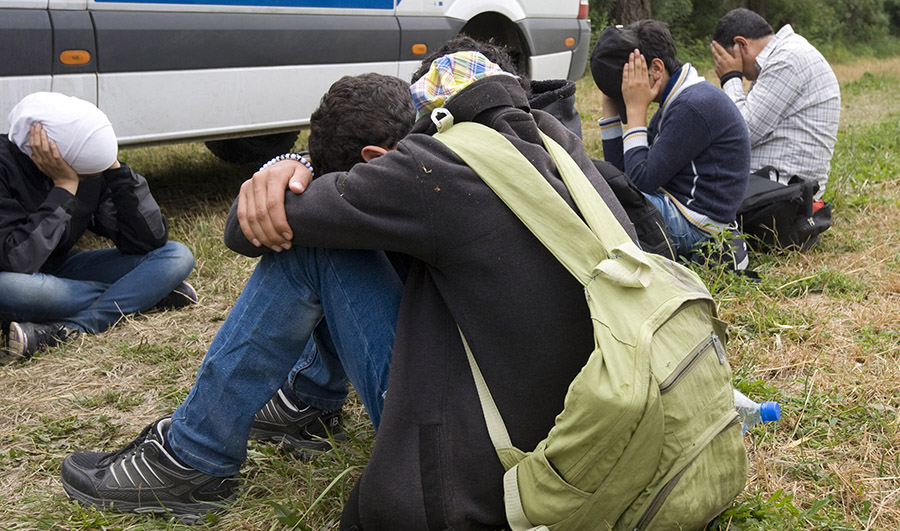 epa04814995 Migrants, who were captured on an eyot of the Tisza River, next to a police van near Szeged, 170 kms southeast of Budapest, Hungary, 23 June 2015. EU foreign ministers on 22 June launched a military mission in the Mediterranean Sea aimed at cracking down on migrant smuggling networks and dismantling the trade, as part of a broader effort to curb the loss of life. Half of the EU's 28 member states are taking part in the operation, including Belgium, Britain, Finland, France, Germany, Greece, Hungary, Italy, Lithuania, Luxembourg, the Netherlands, Slovenia, Spain and Sweden. EPA/ZOLTAN GERGELY KELEMEN HUNGARY OUT

Ten migrants from Iraq, Pakistan and Bangladesh, aged 15-49, were found around noon in a truck at the Tetovo customs terminal, the city’s police department said on Thursday.

A 25-year-old man from a Tetovo village was driving the Mercedes truck carrying the migrants.

All migrants, as well as the driver, Tetovo’s police department noted, have been detained for further processing.

Trafficker arrested near Kumanovo while transporting 34 illegal migrants from Afghanistan, Pakistan and Bangladesh