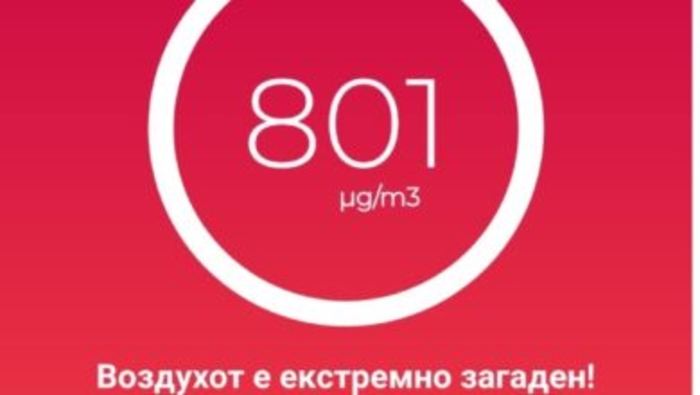 Tetovo had the worst rate of air pollution in Macedonia overnight, its PM10 particles measuring stations registering over 800 micrograms per cubic meter. That is between 15 and 20 times higher than the maximum allowed concentration that is still considered safe.

Throughout the day, before the furnaces started belching out smoke from every home, Tetovo had a concentration of 138 micrograms, which still made it the worst polluted city in the country. The smaller, PM2.5 particles, were at 123 micrograms, which is well above the limit of 50.

In 2016, the large Jugohrom smelter located about 15 kilometers from the city was closed, under pressure from local citizens and environmentalists. The move was heavy with inter-ethnic rivalry, as much of the Jugohrom workers are Macedonians, while the protesters were mainly ethnic Albanian. Three years later, the closure of the plant did not put a dent in the horrific air pollution problem Tetovo faces.

Protests in Tetovo and Gostivar against the energy price hike