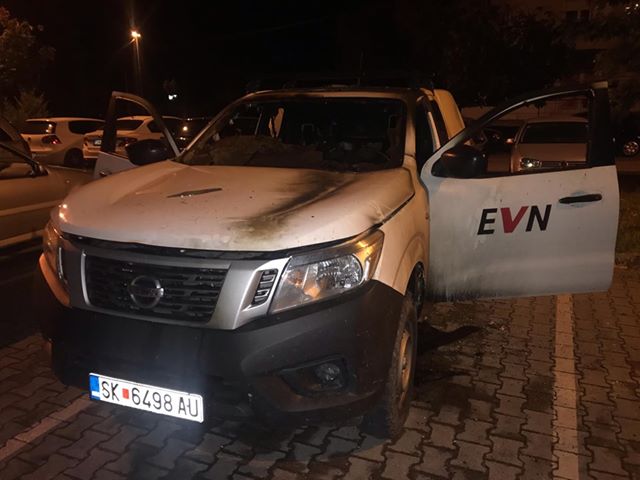 Tetovo police said that it arrested the man who torched two vehicles owned by the EVN energy distribution company.

The culprit is identified as K.O. (43). The Dacia and Nissan are nearly completely destroyed, and a near-by Golf was also affected by the fire that was planted overnight.

It’s believed that the incident is linked to the recent decision to hike electricity prices by 7.4 percent. EVN is the distribution monopoly and the company often faces resistance in collecting the monthly bills, especially in majority Albanian rural areas.

Molotov cocktails thrown in a casino in Tetovo, two officers were injured