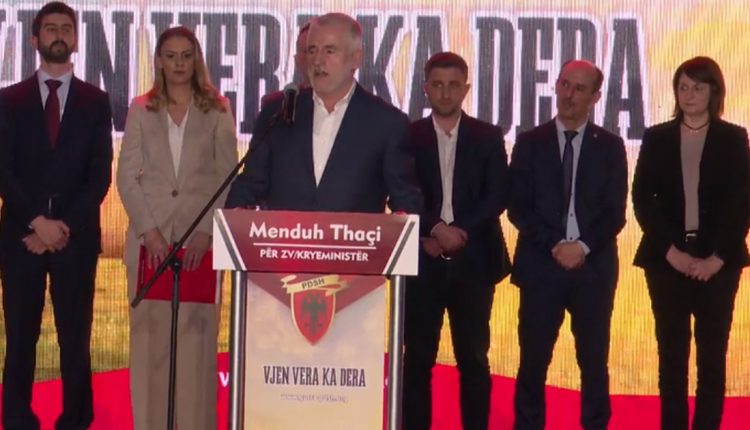 DPA held Sunday in Tetovo its final rally of the election campaign before election silence goes into effect.

DPA leader Menduh Thaci, who is first candidate on the list in the sixth election district, said he would advocate for being appointed deputy prime minister in the new government and for establishment of consensual democracy.

I’ll propose the formation of a bicameral parliament to make sure all rights of the Albanians are guaranteed, he told his supporters.

According to him, the pandemic could be eliminated in 30 days. “I have a precise plan, we will fight against the virus from day one with taxpayer’s money,” Thaci said, adding that health services must be restored to normal.

Thaci: Zaev will lead the next government