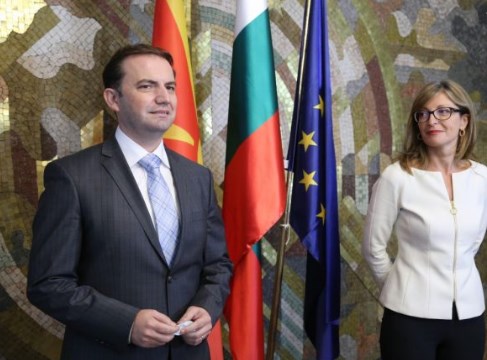 Bulgarian Foreign Minister Ekaterina Zaharieva was the first to speak out after the hastily arranged meeting in Berlin with German diplomats and her counterparts from Macedonia, Bujar Osmani and Nikola Dimitrov.

In a statement quoted by the BGNES news agency, Zaharieva said that there was some progress, Bulgaria is still not ready to approve the opening of EU accession talks with Macedonia.

We are still not in a position to approve the negotiating framework for Macedonia. We have good will but we can’t make compromises that will continue to lead toward anti-Bulgarian campaigns. That is the position of the Bulgarian Government, Zaharieva said.

Osmani and Dimitrov are still silent after the meeting. They were hoping that German social-democratic diplomats close to the Macedonian Government, such as Michael Roth, will be able to pressure Bulgaria into backing down from its veto threat.