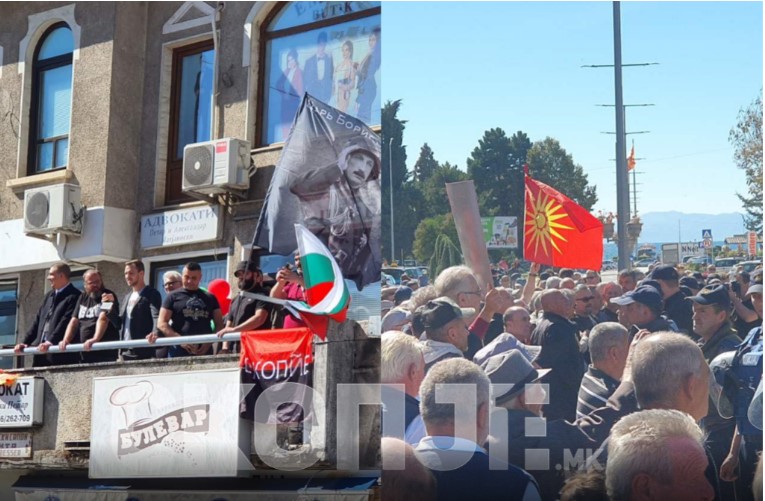 The headquarters of the Bulgarian club named after the controversial Tsar Boris III has been demolished with eggs. Demonstrators have sharpened their rhetoric and are throwing objects at the newly opened club. They shout: “ASNOM lives”, and they wave the flag of Yugoslavia, the “Vergina Sun” flag and the Macedonian national flag. Following the throwing of objects at the terrace of the club and the windows, the police intervened.

Earlier, the attempt to arrest a protester for the first time in Ohrid ended with a clash between the police and the protesters. The protester threw an object at the club.

The atmosphere in the center of Ohrid is becoming increasingly tense. The demonstrators are getting more and more nervous, and offensive words are coming from both sides, both from the demonstrators and from the guests in the Bulgarian club, where there are a series of provocations.

In just few years, Hristijan Pendikov turned from a proud Macedonian to a Bulgarian activist