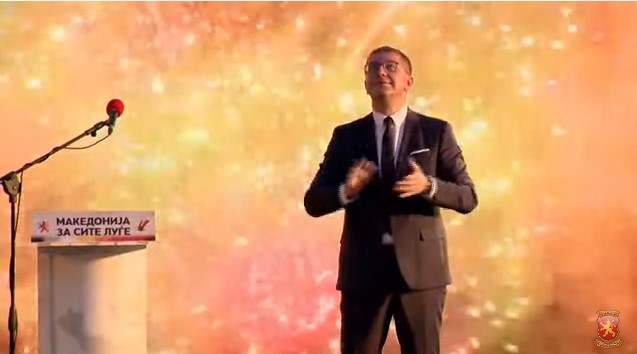 During the celebration in Ohrid, Hristijan Mickoski discussed the new colors of VMRO-DPMNE, which will join the historic red and black, and the yellow – which is the color of the Macedonian flag.

The red is the color of patriotism and the struggle for Macedonia, while the black is there to lament the failures of the past, especially of the Zaev regime, which is “leading us to catastrophic national defeats”. The yellow, Mickoski said, represent democracy, the fight for human rights and the “faith in the European dream”. White is for freedom and justice. The party is also adopting the bright red, for the youth and the future of the country. Maroon will be added to represent justice and the rule of law. The orange color, which VMRO used in its successful 2006 political campaign, will be used again, to represent economic dynamism and hard work.